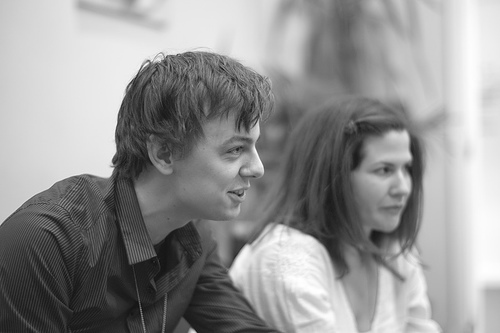 LimmudLA, the first annual conference for the City of Angels, a child of an already proven concept, took over white republican Orange County this weekend – most of the takeover taking place at the Hilton and surrounding sushi strip malls when we got sick of the step-up to wedding foods – and it rocked. Here’s the concept: bring together experts, thinkers, filmmakers, musicians, political analysts, philosophers (many of whom could charge thousands of dollars for a single speaking gig) and LEARN. Learn what? Sacred Sexuality and the Sabbath; Abraham, his unfailing confidence, and why that might have pissed God off; Why the Iranian threat may expedite the Peace Process between Israel and the Arab States; “Night of the Living Jews,” a short Hasidic horror produced by Heeb Magazine, written and directed by high school dropout/rising filmmaker Oliver Noble. (Do the two always go together?) Luckily the sex sessions did not overlap. It was great to engage in intercourse discourse all day.

Limmud. It’s not brand new. It’s what Jews do. Finally, someone had the balls and the brains to spend resources on a Jewish conference with a substantive backbone. That’s what this conference, which felt like Bonnaroo with less drugs, brings what others don’t: substance, quality, stuff, ideas, lessons, food for that needs to be challenged space in my head. And they’re smart too: they podcast, they’ve got their own Channel, and after realizing the success of the first one in the UK 25 years ago, they inspired and help operate satellite festivals in other cities and countries too. Good karma, spreading your way.

What else do I like about Limmud? In this advertising age where branding and marketing and oversexifying anything Jewish has become king, where promoters and organizers work desperately (and usually unsuccessfully) to make an event appear ‘cool’ because some group of morons and the monkeys who follow them think that that will draw bigger numbers, generate buzz, and of course, the bills to pay for the next lame Jewzika, Jewzapalooza, or JewzIthinkImgonnathrowupalready, LimmudLA boldly and intelligently maintains its authenticity, says no to the played out, idiotic puns, and for me, personally, a 24 year who has had a more than just a brief stint of Jewish professional life, gives some badly needed fresh air. The problem, of course, does not simply lie with the name and concept; it’s what behind it that can make or break a program. Take this festival for instance: though I do take issue with the name, no doubt, its an exciting idea that demanded innovation, creativity, a brand new way of looking at traditions and crossing cultures to give fresh insight.

To promoters and planners: spend less time packing and more time concepting. If there’s no content or no substance, no amount of advertising, packaging, cleverness, or cuteness will help you. Create something of value, stand behind it – that’s how you’ll draw the people. For Jews’ sake: get creative. Think. We’re supposedly good at that. Don’t be satisfied and follow what other people are doing with time tested ideas. It won’t work. Resist the temptation and stand out above the rest. That’s the only guarantee.

Limmud equals learning. Come to the next one. 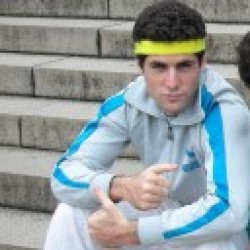