UCI will host a one day conference on Sephardic Jewry this Friday. The conference is part of a larger attempt by the University to deflect criticism as being a place hostile to Jewish students. While we applaud all attempts to promulgate knowledge about Jews and Jewish culture, the pareve nature of the conference cannot be overlooked.

Rather than pressing Sephardic issues, such as the displacement of 850,000 Jews from Muslim countries in North Africa and the Middle East since the founding of Israel in 1948 [pictured on right], the one day conference delves into topics such as: “Sephardic Culture and Hispanic Studies”, “Andalusi Jews and Sephardim”, “Crypto-Jews, Conversos, and the Doenmeh/Maaminim of Salonica” etc.

One session on Ottoman Jews could be interesting, but it is being given by a woman who specializes in Turkish Jewsâ€” not the Jews of Palestine.

This conference, together with other recent nods to the Jewish community, such as providing pre-packaged kosher food options in dorms, and a minor in Jewish studies, are a not-so-secret attempt to portray the campus as a hospitable place.

Study and research into Sephardic culture is a very worthwhile area of studyâ€”however, ensuring that Jewish students receive fair and equal treatment on campus, without fear of reprisal or intimidation, seems to be a much more pressing issue.

But if you are passionate about Sephardic culture head on down to:

The schedule is below the break: 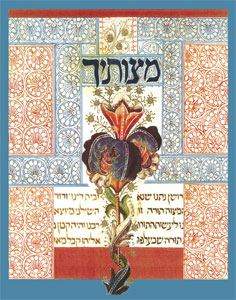 “Crypto-Jews, Conversos, and the Doenmeh/Maaminim of Salonica”

“Ottoman Jews and the Spanish Past”

“Gender and meaning in the Sephardic Ballads of Latin America”