Home / Isralicious / When You Are Politics, and Politics Are You 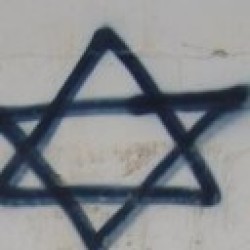 Latest posts by cori (see all)