Home / Jewlicious / Spielberg, Can You Hear Me?

Spielberg, Can You Hear Me?

Itâ€™s time to take back the Jewish film.

With the announcement that Mel Gibson aims to helm a Judah Maccabee picture and the immediate hell-no-we-wonâ€™t-go-response of the Anti Defamation League and the disdain from other Jews and Jewish groups, one can only hope thatÂ actualÂ Jew StephenÂ Spielbergâ€™s imaginative wheels are churning on his next undertaking, even if only to thwart Hollywoodâ€™s leading anti-Semite.

Warner Brothers should be ashamed of themselves for giving Gibson a soapbox to stand on, even if he pinky-promises a lovely tale of Jewish triumph (he hasnâ€™t, he wonâ€™t). Surely the entertainment world would quickly reconsider if the situation were say, Chris Brown making an Ike & Tina biopic. Fans of cinema donâ€™t need BraveheartÂ retelling and cheapening the story of a central Jewish figure like he did with his Christ picture. Oh, and need we remind the studio heads at Warner Brothers that the family behind the â€œWarnerâ€ name was Jack, Harry, Albert and Sam Warner, sons of Jewish immigrants from Poland. And that WB CEO Barry Meyer is also one of the Chosen People — much like most of high powered Hollywood, but who’s counting?

Who is Mr. Gibson that he can just select such an extraordinary figure in Judaic biblical lore? Yes, he has money and connections, but who are we to allow him the option? Nevermind that he will have the creative say in how he chooses to depict the story, the kind of freedom that any director has in portraying his vision, what to highlight and omit, as well as the very basics of filmmaking such as who to cast and where to film. Nevermind that he will also be granted Freedom of the Microphone as he makes his promotional rounds, toting about his beliefs like Moses and his staff, without any nod to sensitivity or humility behind his past indiscretions. And nevermind that he will earn money with the version of the story he chooses to portray as he attempts to claw his way back to the movie star respect he once had – you know, before his anti-Jew tirades, Holocaust denial, alleged physical abuse, anti-gay spewings, and overall thereâ€™s-a-lot-to-dislike-about-this-man (and his father!) public meltdowns. Gibson doesnâ€™t have an ounce of tact in him, nor thoughtfulness or delicacy that would advise him to just stay away from this project or any other twisted association to films about Jewry.

Instead, Spielberg take a stab at it. Your films could use a revolutionary makeover. Not that weâ€™re not looking forward toÂ TintinÂ orLincoln, or we didnâ€™t appreciate your producing endeavors likeÂ Super 8Â andÂ TransformersÂ (I advocate for casting true-Jews Shia Labeouf in any picture), but weâ€™re missing the smarts and conviction of your films prior. The magic behind a Dreamworks picture that doesnâ€™t revolve around a robot or an explosion scene. Remember all the harsh criticism following 2006â€™sÂ Munich? The movie was marred a political protestÂ againstyour own tribe; the Jews were angry, the Arabs were angry, and the Americans largely ignored the project. A new Israeli-Jewish hero movie could not only redeem that blunder, but it would do exactly what cinematic audiences would like to do to the now well-intended (he’s not) Mr. Gibson: stick it to him.

How about a rousing picture of biblical Samson? Or King David? More modern luminaries color Israeli history, from prime minsters to the distinguished story of Yoni Netanyahu of Operation Entebbe (Kevin Macdonaldâ€™sÂ The Last King of ScotlandÂ ends with the beginning of the 1976 Entebbe hostage crises, practically setting the table for a new film to retell that saga!), all just begging for a Hollywood touch. Show Gibson and Co. exactly what a hero tale is, what timeless and legendary really mean in the giant spectrum of cinematic remakes and technological breakthroughs, a place where original, heart-rendering tales tend to get lost in the shuffle. Recall the emotion ofÂ Schindlerâ€™s ListÂ andÂ Saving Private Ryan.Â The innocent tenderness ofÂ E.T.The wit and wisdom ofÂ Catch Me If You Can.Â EvenÂ The TerminalÂ had us leaving the theaters with some semblance of hope, a smirk on our faces, and a huge feeling of pride for our Jewish Director King. Moreover, a Spielberg film would be nothing were it not for the circumstances surrounding it and the message it should tell.

So hereâ€™s your message, Mr. Spielberg: Mel Gibson is doing it wrong. Another way for him to taint stories with hatred and publicize the entire ordeal. This is a man who just starred in a movie about a beaver puppet. Take the matter in your own hands in the way only you can. Weâ€™ll be waiting with breath baited and popcorn buckets aplenty. Make a picture, make us proud, and really show olâ€™ Mel whoâ€™s boss, not only in cinema and Hollywood, but in the kindness and dignity of the human landscape.

Next year a picture about Jerusalem? 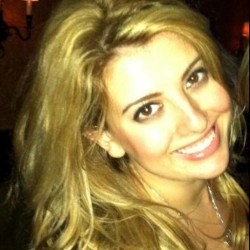 Latest posts by Sasha (see all)

Related ItemsFilmjewishJudah MaccabeeMel Gibsonmoviesspielberg
← Previous Story Sen. Joe Lieberman & Sarah Palin; Jewish Schools’ Tackle Football
Next Story → I Am in a Broken Place but There is Holy Work to Do