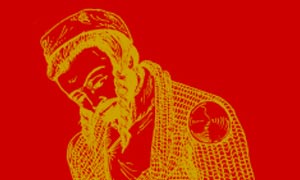 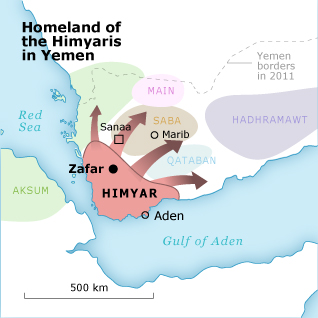 Muffti is very grateful to our fearless leader and has succumbed to the latter’s pressure to post, after a fairly long hiatus. Anyhow, while listening to a podcast about Justinian, he came across the interesting and terrible story of the last Jewish king of the Himyarite kingdom, one YÅ«suf DhÅ« NuwÄs. Muffti had never heard of him and he figures that if we are going to celebrate the great people of our history, we should at least be aware of the more murderous of them as well. So here goes. He hopes this isn’t old hat to you guys. In 12 years of Jewish based schooling, Muffti somehow missed Dhu Nuwas.

NuwÄs was born in, well, we don’t know but he apparently rose to power in 518 by stabbing the usurper Dhu-Shenstir while the latter was in the process of seducing Nuwas. He was converted to Judaism and Dhu Nuwas literally translates as ‘Lord Sidelocks’ — a reference to the peot he sported. Anyhow, there is an interesting tale told of him by Al-Tabari: to prove to the skeptical inhabitants of his capital (Zafar) he entered a cave that tended to burn alive liars who attempted entry. The pagans who entered with him were burnt while Lord Sidelock’s entered and re-emerged unscathed. In any case, Christian forces seized a Himaryite city upon his ascension to the throne and he repaid the rebels with death and the destruction of their church. He followed this up with the execution of various Christians in his own realm, apparently with the aim of reversing the poor treatment of Jews in the Byzantine empire.

Justin was busy at the time but he requested that the Christian king of Ethiopia invade and take care of this uppity Jew on the Himaryite throne. This did not go well for the Ethiopians who were soundly defeated by Dhu Nuwas. His next act was to take the rebellious city of Narjan, who revolted from being vassals of a Jewish king. This did not go well for the Christian inhabitants of Narjan who were besieged, punished and a tax was levied on the Christians of the kingdom. This reprisal was subject ot much hyperbole in reporting, including rumours that 20,000 Christians had been killed, that Christians had been burned in a pit…

In the end, it went sour for Nuwas. A joint Byzantine-Ethiopian force invaded the Himaryite Kingdom and Dhu Nuwas was reported to have jumped off a cliff with his horse into the Red Sea to avoid the humiliation of capture. And so ends the tale of Lord Sidelocks, last Jewish king of the Himaryites.