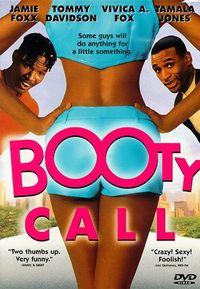 Israeli society is all about acronyms. Just peruse Zabaj.com for a regular series of humorous posts about Israeli linguistic foibles (and the thankfully rare political commentary – stick to the jokes and drinking boys…) and you’ll see what I mean. Zabaj itself is an acronym meaning Zevel Ba Bagaj or in English, junk in the trunk.

A friend of mine, who will remain nameless, came up with a new acronym. See, he lives in the US and his work brings him to Israel often. He’d been corresponding with and seeing an Israeli hottie in Tel-Aviv for a while. On a recent visit he was having dinner with her. The dinner was punctuated by her cell phone ringing approximately every five minutes. She’d answer and whisper furtively into her phone “Not now! I can’t talk now, no. No! Call me later!” He soon figured out that while she pursued a relationship with him, clearly she was uh… keeping her options open, judging by all the late night booty calls she was obviously receiving.

So he did what any self-respecting guy in his position would do – he dumped her. But his loss is our gain. See, he’s making aliyah next year, thus in honor of his experience with the quintessential Tel-Aviv woman, he added a new phrase to our lexicon – Zimun Leh Ziyun, basically an order for uh… booty (Zimun from Hazmanah) or in short, Zimzun! Sorry Tel-Aviv hottie, you really messed up as my buddy would have made a stellar mate. Can’t wait till he gets here already!