3 Killed in 3 Days in the West Bank 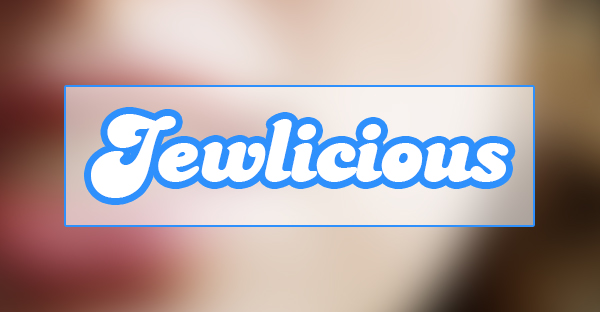 You know that in three seconds they will throw their firebombs at you and your friends. 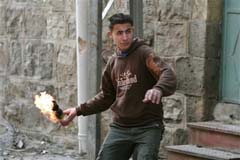 Three seconds. You see a group of people coming towards you. In their hands they are holding Molotov cocktails and other firebombs. You warn them, “Stop, or I’ll shoot!” They keep coming towards to you. You know that in three seconds they will throw their firebombs at you and your friends, maybe killing some of them, definitely causing serious bodily harm and destruction of property. What do you do? You shoot.

Over the last 3 days, 3 Palestinians have been killed by IDF soldiers in the West Bank, near Ramallah, with a fourth being seriously wounded. The most recent incident occurred Thursday, where members of the Kfir Brigade shot the oncoming assialants in the legs to prevent the fire bomb attack, resulting in the death of Aziz Al-Haj. Muhammed al-Ramahi was killed on Wednesday in a similar incident, as was Abdel Rahman Badwi on Tuesday. “Palestinian youths frequently throw stones and sometimes fire-bombs at settler cars or military vehicles in the West Bank.” Because of the increase in Molotov cocktail attacks in the Ramallah-Jerusalem region, the IDF has begun to carryout night ambushes to prevent such attacks. The Palestinian Authority has stated that these incidents are not a part of a renewed intifada, and blames Israel for “creating provocations.”

Is the IDF being provocative? Really! What chutzpah the Israeli army has to try to defend itself. Let us examine the facts. Many Palestinian youths have, as of late, attempted to carry out attacks against Israeli civilian and military targets in the West Bank. Recently, this has been done through the use of Molotov cocktails. For those who are not familiar with a Molotov cocktail, imagine a bottle, say a handle of vodka, filled with alcohol, gasoline, or oil, with a cloth hanging out of the top. Now light this the cloth and throw the bottle. This makes quite an explosion, with the highly flammable contents of the jar quickly catching on fire, causing the jar to explode, sending shards of glass everywhere, and spreading fire throughout the small area. One cannot use such a device without the malice aforethought of knowing fully well and having the intent to cause serious bodily harm and destruction of property. Israeli soldiers have attempted to prevent such attacks, themselves often being targeted. The Israelis, however, have warned their assailants to stop what they were doing (in Arabic, by the way; it is a phrase every combat soldier knows – “Waqf ow ana batusak”), and then, when the assailants refuse, shoot them, but in the leg. Shooting in the legs is a clear statement that they are not trying to cause death and destruction. It would have been far easier to shoot the assailants in the chest. But to shoot in the legs proves an attempt to spare life. Can we say so much about these Palestinian youths?