THE ULTIMATE MISSION TO ISRAEL 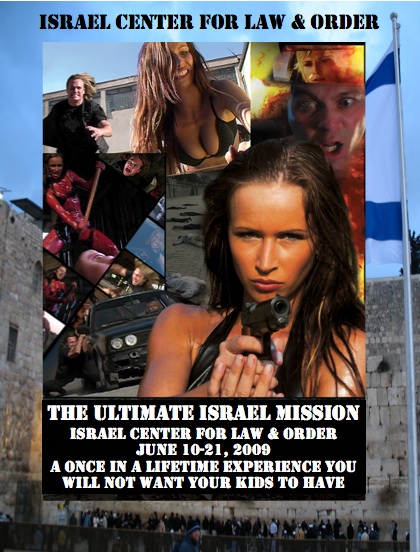 Tired of the same old Federation and AIPAC trips to Israel? The Israel Center for Law and Order presents our most awesome trip to Israel:

The cost of the eight day Mission is cheaper that a lavish Greek Island Cruise and costs only US $4,795 based on single occupancy. Not including air fare.