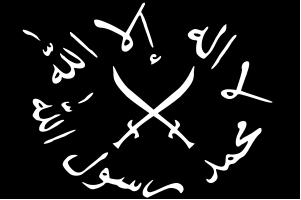 According to CNN, Al-Shabab has issued a threat against Israel. Al-Shabab is the terrorist group which controls much of Somalia. It has known links to Al-Qaeda and many of its affiliate terrorist groups. Al-Shabab leaders have stated, “We will transfer and expand our fighting in the Middle East so we can defend Al Aqsa mosque from the Israelis.” The group claims that Israel is attempting to destroy the Al-Aqsa mosque (and compound?). The group, which is, also, known for its piracy activities, has claimed to have established a new unit, the “Al-Aqsa Holy Warriors” to act against Israel.

It is this author’s opinion that this group’s threats ought not be taken idly. Somalia sits strategically on the Gulf of Aden, across from Yemen. With Yemen believed to become the new Al-Qaeda headquarters, following a retreat from Afghanistan, Somalia’s position is likely to become more important, and more infused with terrorists. As such, they would be in a prime position to close down the Gulf of Aden, or more importantly, the Red Sea to Israeli shipping. Even without direct attacks on Israel’s soil, this is a most strategic threat. Moreover, given that Al-Qaeda is already known to exist in the Gaza Strip, more links cannot mean anything but trouble for Israel.