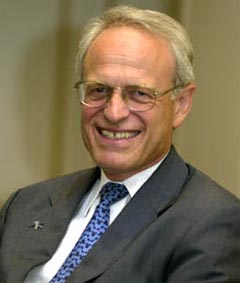 I had been thinking to write a post about Martin Indyk and his anti-Israel op-ed that was close to mind-blowing. Alas, I never got around to it and I’m happy I didn’t because Leibler has done an excellent job of pointing out some of Indyk’s offensive recent claims. Here’s part of the article, but be sure to read it all, especially the conclusion.

Indyk understands both the Arab-Israeli conflict and the nature of Israeli domestic policies, and on the basis of his ferocious criticisms of the government, one is tempted to conclude that as a member of the administration, he is not merely promoting a partisan agenda, but deliberately distorting reality.

His most recent defense of Obama’s offensive was an International Herald Tribune op-ed titled â€œWhen Your Best Friend Gets Angry.â€

He accuses Netanyahu of being responsible for the current crisis. Yet he is aware that he has skillfully navigated his government to a centrist position which the vast majority of Israelis support. Indyk must appreciate that by appeasing Obama and initiating a settlement freeze, Netanyahu made a concession that none of his â€œdovishâ€ political predecessors would ever have contemplated. This and other unilateral concessions to the Palestinians were neither reciprocated nor even acknowledged.

Indyk’s extreme views should perhaps be viewed in the context of his colleague Dennis Ross being reportedly accused of having dual loyalties for suggesting that the administration was making demands that could not be implemented within the democratic constraints of the Israeli system. Indyk need not be concerned about facing any such suspicions, and also implicitly distanced himself from Aaron David Miller, a long-term State Department critic of Israeli government policies, who recently also expressed disillusion with the path adopted by the Obama administration.

INDYK EVEN went to the length of reiterating that Israeli intransigence was contributing to US military casualties â€“ a manifestly untrue accusation (as Indyk himself must know) â€“ repudiated by Gen. David Petraeus, who emphasized the positive aspects of Israel as a strategic ally. Indyk effectively claimed that American soldiers were dying because Israelis are endangering â€œa vital national security interest for the United States,â€ presumably by building apartments in Jewish neighborhoods in east Jerusalem.

In subsequent more explicit comments, Indyk said 200,000 US troops are fighting terrorism and Obama is obliged to write between 30 and 40 condolence letters a month â€“ far more than the Israeli prime minister. Such chilling remarks from a mainstream American Jewish public figure have the capacity of inflicting enormous damage on Israel and the Jewish community.

To top off this vicious barrage, Indyk cynically invokes the memory of Yitzhak Rabin, whom he refers to as â€œIsrael’s greatest strategic thinker.â€ Yet he would be aware that Rabin exploded when Diaspora Jews sought to encourage US administrations to exert pressure on the elected Israeli government.

He would also know that Rabin would never have displayed Netayahu’s restraint had an American president treated his country like a vassal, as Obama did to his erstwhile ally.

I’ve heard Indyk speaking about the Palestinian Authority’s leaders Abbas and Fayyad. He could not stop waxing poetic about what a moderate Abbas is and how he is the only leader the Palestinians have had who could make peace. Some time later, he would make the notorious claim that Tzipi Livni told Abbas to reject Olmert’s peace offer because he was a lame duck PM. After Livni’s office balked, Indyk issued a hasty press release admitting that his information was second hand and he had not been present at the time that Livni supposedly said what she did (or actually, didn’t say).

The real meaning of that announcement, however, was that Indyk was indicating that even when Israel offered the Palestinians a substantial and meaningful peace offer, as did Olmert, the blame for refusal cannot be placed on Abbas the moderate, but on the Israelis. Astounding behavior coming from a diplomat. Shades of Robert Malley.

As Leibler notes, Indyk has become an apologist for Obama and his miscues. What Leibler doesn’t say is that it seems Indyk is also an apologist for Abbas and his refusal to negotiate in good faith or come to a deal, even when the Israeli offer is exceptionally generous.

The Jewish community has enough enemies that it doesn’t need one more. A friend of Indyk’s should talk to him and clear up why he has taken sides against Israel in this unfortunate fashion. He may have been offended or insulted by a member of the Jewish community or perhaps, more likely, by an Israeli politician. Either way, it behooves everybody to make amends and bring Indyk back into the fold.