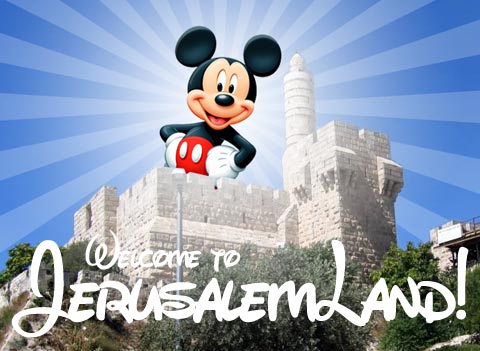 The news in Israel has been dominated by a national tent protest led by students and young adults who are rallying against rent increases. Indeed rental prices have increased by 49% over the last six years in Tel Aviv and 32% in Jerusalem with similarly significant increases across the country. Yesterday, while enjoying a hummus plate, I overheard one gentleman saying about the protesters “They’re a bunch of spoiled Ashkenazic kids who just want to party in Tel-Aviv.” Indeed this seems to be a very common sentiment despite the fact that tent encampments are everywhere, from Haifa to Be’er Sheva – and who the heck wants to party in Haifa, let alone Be’er Sheva (no offense there folks). Well, regardless of the partying habits of the spawn of shtetl kids, their grievances are kind of legitimate.

All up and down Hayarkon street in Tel Aviv, speculators and developers are flipping empty properties in order to artificially increase their value ahead of future luxury condo development. Tel Aviv City Hall isn’t doing anything to stop it and is at least passively complicit in the evolution of the city into a developers paradise.

In Jerusalem, it seems City Hall is a wholly owned subsidiary of Greedy Developers Inc. As one luxury project after another get approved for construction, no one is building affordable housing and prices for existing rentals are increasing to the point that locals are leaving in droves. Entrepreneurial opportunists are scouring the market for housing that can be converted into tiny, expensive apartments designed for well monied students or holiday apartment rentals for tourists looking for a more authentic Jerusalem experience “mere minutes by foot from the Kotel.”

And what do the harried residents of Jerusalem get? We get nice distractions like Balabusta and the Jerusalem Season of Culture run by (amongst others) the Municipality of Jerusalem and Teddy Kollek’s Jerusalem Foundation. Never mind that Teddy is rolling in his grave at the sight of Jerusalem blighted by one high rise luxury development after another. We now have people dressed like birds and Fish n’ Chips Techno at the shuk!

Smoke and mirrors. Distractions. I mean don’t get me wrong, I like these little festival things, but why can’t the powers that be just be honest? If you’re not wealthy, you shouldn’t live in Jerusalem, plain and simple. But then what about the less monied citizens that make Jerusalem the interesting place that it is? The kooky haredim, the harried secular Jews? The artists? If we get rid of them then Jerusalem will become less attractive, won’t it? So I have a solution: JerusalemLand!

Rather than fight the Disneyfication of Jerusalem, let’s just run with it full throttle! What Mayor Barkat should do is go neighborhood by neighborhood, starting at those places closest to the Kotel and City center and move everyone out – like they did at Mamila. The residents will be moved to new neighborhoods on the periphery of Jerusalem and be provided with subsidized housing. Developers and contractors will be allowed a free hand in building all the luxury condos and fancy hotels they like in the evacuated parts of Jerusalem. Absentee property owners will have a fantastic selection of properties that they can purchase and live in for one month a year and massive profits will accrue to those well connected with the municipality and the municipality itself. Jerusalem’s economy will boom!

But here’s the genius part. The people kicked out of their homes will not only be provided with relatively cheap housing. They will also be provided with jobs! What kind of jobs? Well, like in Disneyland, they will be able to dress up as famous historical and biblical characters and roam the city center to the amusement of the tourists. One street corner will have King David playing the harp, another King Solomon cavorting with his wives. We’ll be able to recreate the liberation of the Temple Mount every day at 4 pm with people dressed up as paratroopers, led by Moshe Dayan. Someone else can pretend to be Rabbi Goren and blow the shofar. We can have regularly scheduled “riots” in Meah Shearim followed by Klezmer shows and re-enactments of scenes from Fiddler on the Roof. Artists in hipster clothing will be hired to draw caricatures, hippies in Nachlaot will man drum circles and perform a selection of Rabbi Shlomo Carlebach’s greatest hits. Children can choose to purchase dreadlock wigs or funny haredi hats. And the shuk? We’ll get rid of all the smelly fish, meat and vegetable stands and replace them with chichi eateries and shops – rich people and tourists don’t cook after all. We’ll keep a few stands open to sell shakes and pre-cut fruit and vegetables and we’ll man the booths with students made up to look and sound like Iraqi vendors, for the sake of authenticity. Every day will feature a Balabusta Festival! It will be awesome and everyone will be happy in JerusalemLand!

And best of all? No more of those pesky kids and their stupid tents fighting for what’s best for all. Feh.