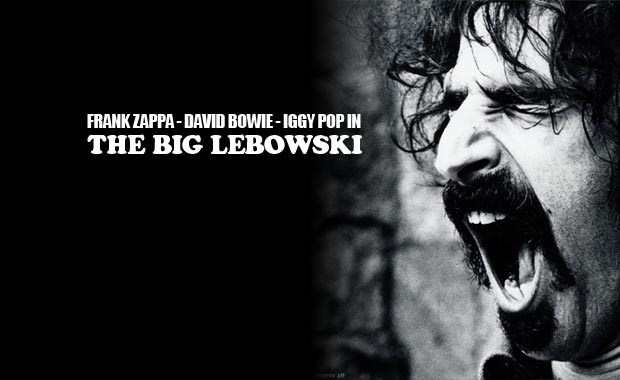 Old Timey Recast Hollywood Movie Posters?
So there’s this artist guy, Peter Stults is his name. Inspired by the work of another artist named Sean Hartter, he went ahead and designed a series of re-imagined Movie posters. He asks “what if movies we were all familiar with were made in a different slice of time? Who would be in it? Who would direct it?” What follows are some of the Jewier posters – I mean Hollywood, right? We still control that biz, no? Anyhow, check it out: 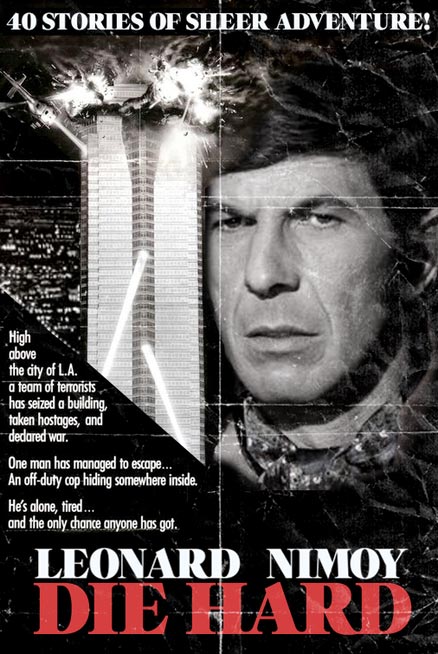 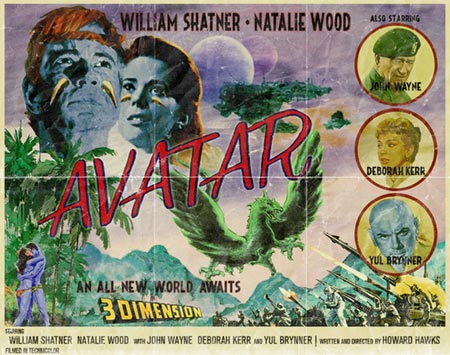 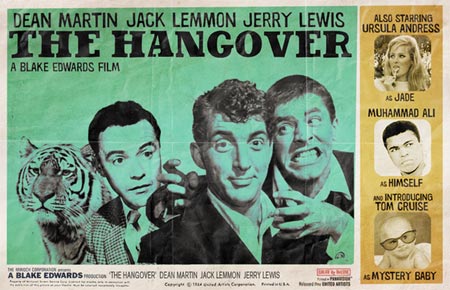 The Hangover was a bromantic comedy set in Las Vegas. Casting Rat Packers Dean Martin and Jerry Lewis along Walter Lemmon would have been a genius move – even though only Lewis is Jewish. 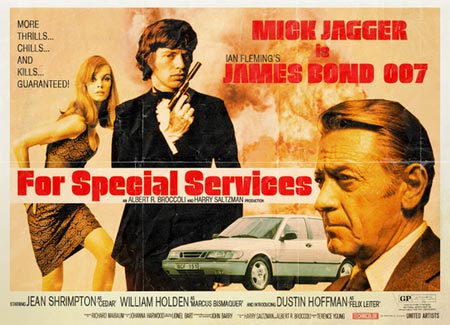 Mick Jagger as James Bond? How sweet would that have been? Dustin Hoffman as Bond’s CIA ally and friend Felix Leiter is just a minor detail really. 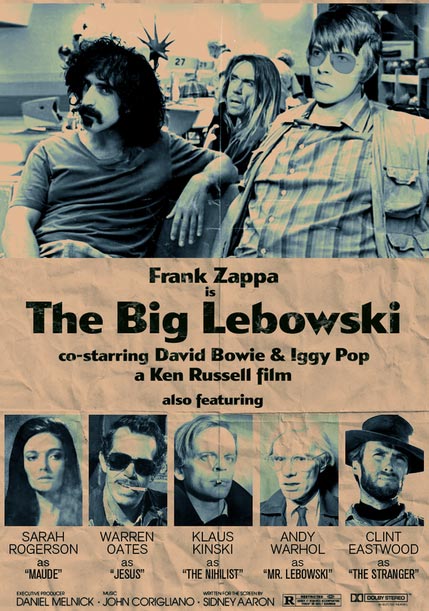 Can’t you just imagine the possibilities? Frank Zappa (z”l) as the Dude, Iggy Pop as Steve Buscemi’s Donny, Klaus Kinski as Mr. Lebowski and David Bowie as an improbable Walter Sobchak declaring “I told that Kraut a fuckin’ thousand times, I don’t roll on shabbos!” It would have been glorious! Yes,more glorious than a Big Lebowski 2 with Sarah Reid playing every role:

The Big Lebowski 2 with Tara Reid from Tara Reid