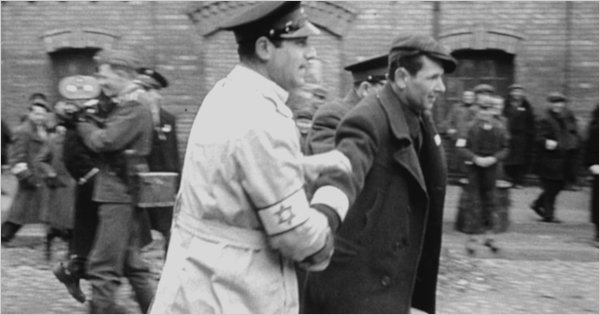 All these movies are available on Netflix and deal with the hell of the Holocaust, wars, and the terror attack on the Israeli Athletes in Munich. It is unfortunate that other films such as Shoah, which deal in depth with the Holocaust are not available online. 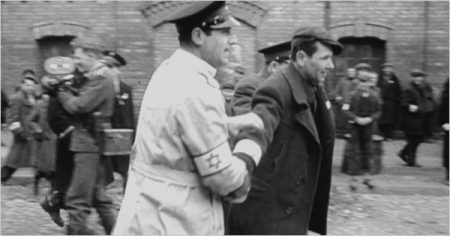 This potent documentary uses a long-lost film reel to illustrate how the Nazis controlled and staged images of Jewish life during World War II.

21 Hours at Munich
When a group of Arab terrorists clad in tracksuits (known collectively as Black September) take members of Israeli’s 1972 Olympic team hostage, the whole world stands breathless to see if the athletes will ever come home. Academy Award winner William Holden (Network) and Tony Award winner Shirley Knight (“Kennedy’s Children”) co-star in this gripping true-life drama, based on the actual events depicted in a book by Serge Groussard

The Pianist
Famed Polish concert pianist Wladyslaw Szpilman (Adrien Brody, in an Oscar-winning role) struggles to survive the onslaught of Nazi tyranny during World War II in this Roman Polanski-directed drama based on Szpilman’s memoirs. In spite of his well-known musical talents, Szpilman spends several years holed up in Warsaw, barely alive and subsisting on scraps, until grace comes in the form of a second chance — at music, at freedom and at life.

The Diary of Anne Frank
Based on the classic book, teenager Anne Frank tells, in her own words, how she and her Jewish family hid from the Nazis during World War II

Auschwitz: Inside the Nazi State(Auschwitz: The Nazi and the “Final Solution”)
6 Episodes
This six-part documentary series tackles one of World War II’s — and history’s — most disquieting and repugnant subjects: the Holocaust and its infamous killing factory, the Auschwitz-Birkenau concentration camp.

Imaginary Witness
A filmmaker examines Hollywood’s depiction of the Holocaust and its incomprehensible atrocities in this award-winning documentary.

Kippur
This agonizing account of the October 1973 Egyptian-Syrian attack on Israel chronicles the experiences of a young member of an emergency medical unit.

Beaufort
In the final days of the Israeli occupation of Lebanon, a band of soldiers prepares for the evacuation of a mountain stronghold called Beaufort. Their leader is 22-year-old Liberti (Oshri Cohen), whose strict adherence to the rules puts the men in harm’s way. As the evacuation draws near, Hezbollah steps up its attack, testing Liberti’s mettle and the men’s allegiance to him. Eli Altonio co-stars in director Joseph Cedar’s Oscar-nominated film.