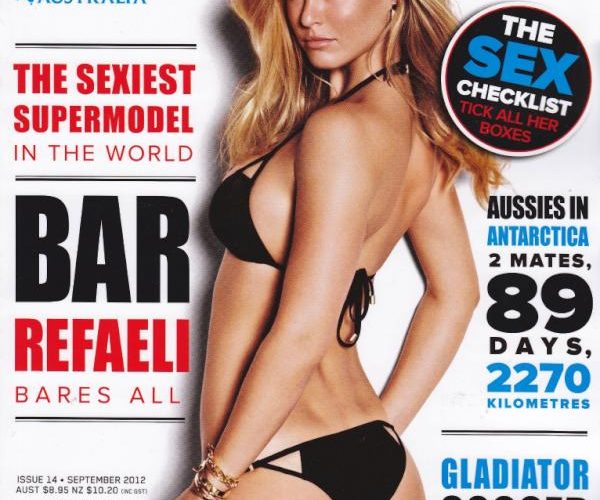 Model Bar Refaeli appears on the September 2012 covers of most issues of MAXIM MAGAZINE, and a deeply extensive far ranging interview that lasts nearly one page appears inside. She discusses her past difficulty in dating in a sentence; and she mentions that she is not fond of men with bad teeth (especially in light of modern cosmetic dental care techniques). Although she was not asked about the Arab Spring, Iran, or the upcoming election in America, she did diss the Hebrew language and said it was too harsh to be romantic. 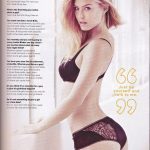 Is that a “Greater Israel” in the lingerie design?

In one photo I studied, I am pretty sure that the lingerie stitching design is an abstract layout of the State of Israel, with the Golan along the waistband and Eilat near the bottom, or am I reading too much into the innerwear design?

Asked if she would used JDate to meet someone special, she replied, “Maybe if I’m still single when I’m 40, but not for now. I’m not even 30. I think I’ll be fine.”

She did have insights into underwear. With the knowledge gained from having her own line of underwear at under.me, she said, “I just prefer for a guy to be comfortable. A lot of American guys like boxers. In Israel they prefer tight, short underwear, and in Brazil they wear really little bikinis. I think it’s a matter of where you come from.” (and perhaps where you plan to go.) 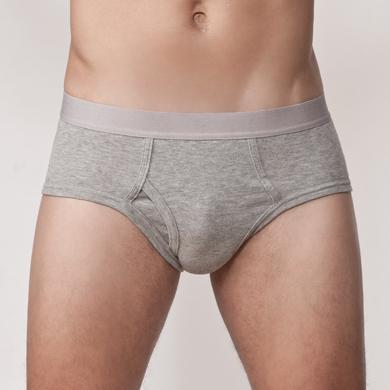