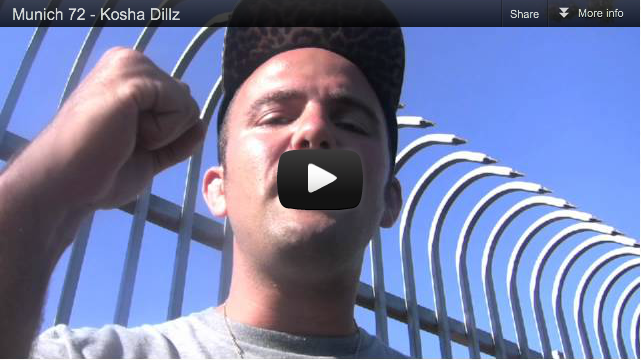 Every four years athletes and audiences from around the globe come together to celebrate and compete in the international sporting event – The Olympics. In 1972, just forty years ago, the Olympic games were unfortunately the target of a terrorist attack in Munich Germany, when Black September, a Palestinian terrorist group, snuck into the Olympic village and kidnapped and killed 11 Israeli Athletes. Later that same year, Operation Wrath of God commenced – a strategic mission that unleashed attacks in retaliation to Black September’s actions and resulted in the death of the terrorists involved in the Munich massacre..

At this year’s Olympic games in London the IOC denied a moment of silence in the opening ceremony for the 11 Israelis that were killed in Germany. The absence of any acknowledgment of the Munich massacre became the source of much discontent in the Jewish community and Jewish American gold medalist Aly Raisman even spoke out against the failure to acknowledge the 11 Israeli victims.

Kosha Dillz, an American Israeli rapper, penned the song “Munich 72” to not only remember the fallen athletes of Israel, but also illustrate a detailed description of how each terrorist was murdered. “Munich 72” is intended to call attention to the evil deeds committed so that such an act of hatred may never happen again at an event celebrating world peace and healthy competition.