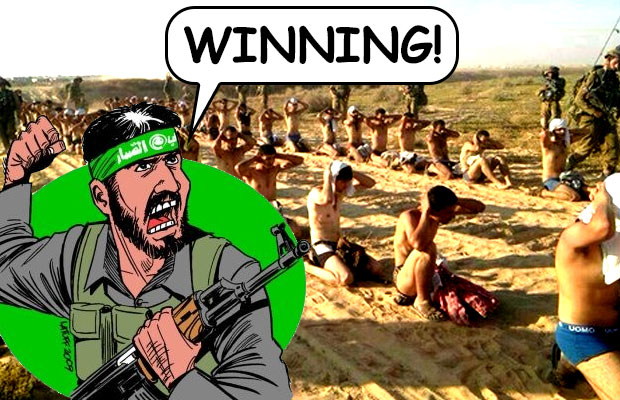 Ronen Bergman, a senior political and military analyst for Yediot Aharonot, recently penned an op. ed. for the New York Times titled How Hamas Beat Israel in Gaza. In it, he makes some assertions in order to justify the title of his piece.

Bergman asserts that unlike a vanquished foe, Hamas dictated the duration of the conflict by refusing one cease fire offer after another. Hamas, despite the IDF’s best efforts, continues to maintain the ability to fire rockets at Israel. The current campaign has also seen the IDF suffer 5 times more casualties than they did in the previous operation, Cast Lead. Another advance of Hamas’ is that they managed to penetrate Israeli territory and inflict casualties against Israeli soldiers, thereby “fear and demoralization.” He notes also that the “I.D.F. eventually withdrew its ground troops from Gaza without a cease-fire.” Given any realistic future scenario, Israel’s stated goal of a demilitarized Gaza seems far fetched.

Hamas seems to have learned some valuable lessons after Cast Lead according to Bergman:

Hamas took stringent counterintelligence measures to avoid Israeli electronic surveillance. Israel consequently knew much less than it should have about the increased range and payloads of Hamas rockets, the distribution of rocket storage depots and the firing of rockets by remote control… Second, in order to prepare for an Israeli invasion, Hamas replaced its battalion commanders with new men who had undergone training in Lebanon or Iran. It developed a systematic urban warfare doctrine to ensure maximal Israeli casualties and to protect its high command from assassination… Finally, Hamas invested in the construction of a vast and complex network of tunnels that reached into Israeli territory and formed units of frogmen to attack Israel from the sea. These were major advances.

So did Hamas emerge victorious from Operation Tzuk Eitan/Protective Edge? Gaza lies in ruins, Hamas’s arsenals have been seriously depleted and 30 or so tunnels have been destroyed. But that just means that foreign financial aid will again flood into Gaza and a nice chunk of that will find it’s way into the hands of Hamas’ greedy and corrupt leaders. Maybe the question isn’t really who won the war then but who lost. Israel’s stature has certainly taken a beating according to opinion polls across Europe and even the United States. But Israel has been able to weather these statistical blips in the past and with Palestinian casualties no longer being a daily presence in the headlines, there’s no reason to believe that Israel will not be able to continue as usual.

The real losers of Operation Protective Edge are the ones that always get the short end of the stick, the perpetual losers in all conflicts between Palestinians and Israelis, namely, the Palestinian people. Hamas remains firmly entrenched in Gaza where they will no doubt continue to trade on the misery of their people for the sake of their personal gains. There is no realistic plan in place that will serve to ensure a peaceful and prosperous future for the Palestinians of Gaza. Hamas will seek to crow about their victory and reinforce the notion that Israel is a foreign and temporary entity in the Middle East and all that the people have to do is wait it out and support their leaders’ intransigence until the eventual victory over the Zionists is accomplished.

Of course that’s a recipe for more misery and that’s one very important aspect of Hamas’ “victory” that Bergman completely failed to address. 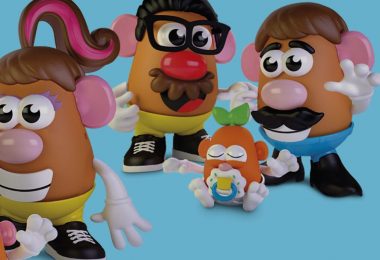