Die Antwoord to BDS: “Fuck You!”

Last night was pretty brutal. Just after 9 pm, two Palestinian gunmen opened fire at diners in the Max Brenner restaurant at Tel Aviv’s trendy Sarona Market. The terrorists, dressed in black suits, were cousins from the village of Yatta in the Hebron Hills. The shooting lasted barely a minute and left 4 dead and scores injured, three seriously. The terrorists fled the restaurant and were quickly apprehended with one shot and injured.

Meanwhile, a short distance away in Rishon Le Zion, South African band Die Antwoord performed to an enthusiastic crowd at the Live Park outdoor concert venue. The show was great and both Ninja and Yolandi were in top form. The show however, might never have happened. BDS South Africa demanded a meeting with the band and insisted that they cancel their show in Israel. The band simply never responded to their 1,000 word letter and that was the end of that – until last night when Rapper Ninja stated the following, to the crowd’s delight:

I’m from a little asshole at the bottom of the world called South Africa. I failed at school, I’m not that clever but I like rap music. I don’t watch the news, I don’t know what the fuck’s going on with a lot of shit except this shit right fucking here. So they told us “Are you playing in Israel?” Dope, Israel! I know a lot of mother fuckers on Instagram from Israel, they’re like “Yo Ninja, come to Israel!” I’m cool, I’m coming… then everyone be getting their fucking panties in a knot, because like “Why you going to Israel? Don’t go to Israel! We like… Fuck you! We make music for you mother fuckers, I don’t give a fuck about anything else outside this whole shit, this is us and you, fuck the world, fuck everything, there’s just this shit. So thank you very much for having us!

And that’s another fail for BDS and more importantly, a fail for terrorism as Israelis refuse to be cowed by the murderous fuckers. They shoot, we dance. They kill, we refuse to die. One of the funny things about last night was that throughout the show, both Ninja and Yolandi, seemingly confused about where exactly they were, kept asking “How you doing Tel Aviv!?”

We’ll be doing just fine. Thanks for visiting us. 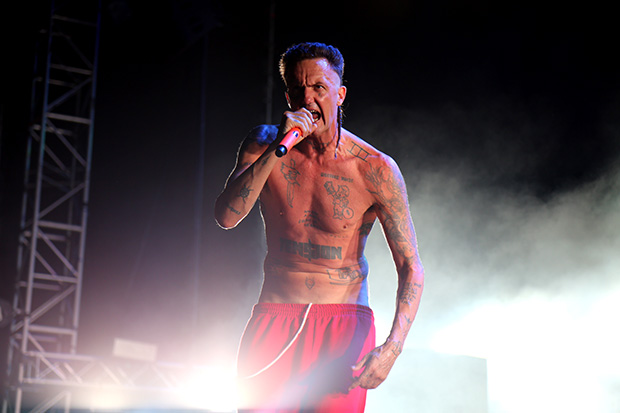 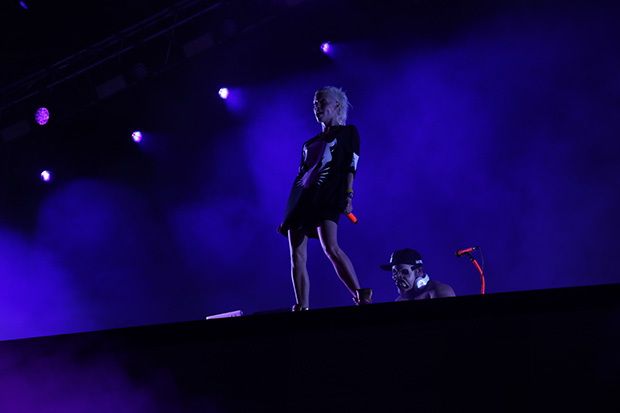 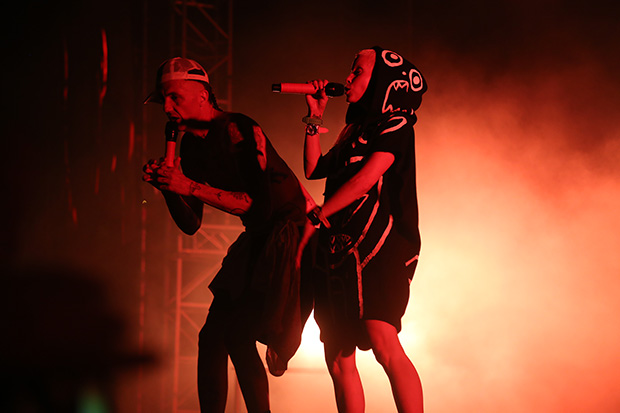 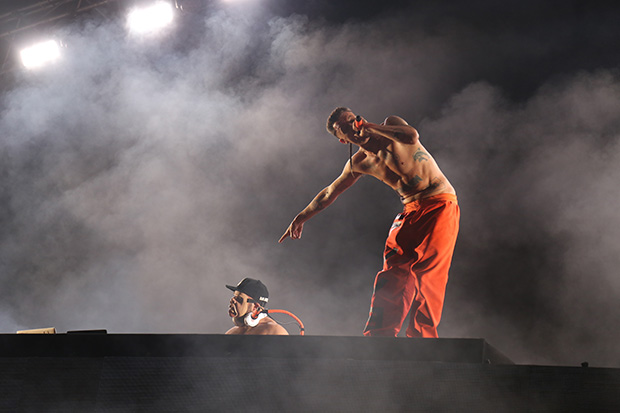