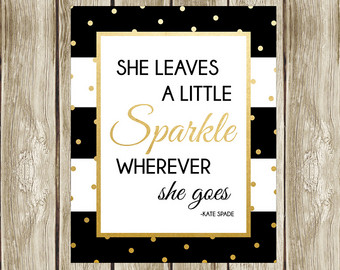 It appears that designer and businessperson Kate Spade succumbed to an apparent suicide in Manhattan this week at the age of 55. While The New York Times, Womans Wear Daily, The Jerusalem Post, and other media sites gave her large obituaries, Sarah Maslin Nir of The New York Times recalled Kate Spade’s bag writing that “Good girls got them for their bat mitzvahs; the bad girls swiped them from Barneys, swiching through the revolving doors with the illicit merchandise tucked inside their own Kate Space bags,,,, a Manhattan Portage bag, instead, declared you were “alternative.” Nir proceeds to interview Ms. Shuffman, perhaps a Brearley classmate, on how some spent their bat mitzvah money on a bag at the height of the craze.

Jibril Rajoub of the Palestine Football Association has called on Palestinians to burn jerseys of Argentine soccer star Lionel Messi if Argentina’s top team dares to play a match in Jerusalem. He has also called on his supporters to block Argentina’s bid to host the World Cup if the team does not boycott Israel. A good ploy for publicity, but an idiotic tactic. I think I will buy and donate a Messi jersey for each offical jersey Mr. Rajoub sets afire.

UPDATE: The national soccer team of Argentina canceled its match with Israel after pressure from the BDS movement. They will however play in Russia. The EMbassy of the State of Israel in Buenos Aries Israeli embassy in Buenos Aires tweeted that the match was canceled due to “threats against Messi.” No word on whether INTERPOL or other police agencies would issue warrants against Jibril Rajoub for his threats. Gonzalo Higuain, a member of the Argentine team said that the players were concerned for their safety. Israel’s President Reuven Rivlin wrote, “It is truly a sad morning for soccer fans, including some of my grandchildren, but there are values that are even bigger than Messi. The politicization in the Argentinian decision is of great concern. Even in the most difficult times, we made every effort to leave considerations that are not purely about sport off the playing field, and it is a pity that the Argentina team did not manage to do so on this occasion.”

In Connecticut, anti-Jewish chants were chanted at a lacrosse championship match, and no one intervened. This has led to intense soul serching and embarassment by school leaders. Westport Schools Superintendent Colleen Palmer told her school board that referees should have stopped the championship match of Staples High School versus Fairfield College Prep. It has been reported that each time a Jewish player on Staples High School had the ball, that Fairfield supporters would sing Jewish songs, or make reference to Hanukkah. Chants ranged from “We have Christmas” when the Jesuit school had the ball, to shouts of “Happy Hanukkah” when the opposing team — which is a third Jewish — had the ball and scored. Staples Athletic Director Marty Lisevick plans to interview the referees.

Fairfield College Prep President Reverend Simisky, S.J., spoke at the school graduation after the match and stopped his speech during the commencement to admonish the school, its students, alumni, and parents (see below). He was apoplectic over the self-inflected loss, and that no one, from any year, stopped the chants, and that it was a collective failure. He pledged to spend the last two days of the school year ir exams period focusing on bias in the school’s theology and other classes. Bravo Father Simisky

It is nice to see leaders who stand up for what it is right.

Speaking of which. Over half a dozen national American Jewish groups wrote about their disagreement with the US Supreme Court decision in Masterpiece Cakeshop v. Colorado Civil Rights Commission. While some saw the case about whether a Colorado baker could refuse to prepare and sell a wedding cake to a gay couple, because he said that his religious beliefs did not support same sex marriages, seven of the nine SCOTUS justices wrote the decision focused narrowly on whether the Colorado Civil Right Commission overstepped their scope by sanctioning the baker, regarding his religious beliefs. But one Jewish organization rejoiced and called the Supreme Court ruling a victory for religious freedom. The Orthodox Union (O-U). Nathan Diament, the executive director for public policy of the Orthodox Union, and a graduate of Harvard Law and Yeshiva University, wrote that, “Too many pundits and politicians have lately engaged in rhetoric that seeks to paint religious liberty in a negative light, especially as they seek to advance policies to which some have sincere dissent. Today, the United States Supreme Court sent a clear message: that the demonization of religious beliefs – especially in policymaking – is constitutionally unacceptable.” Attorney Diament added that the SCOTUS ruling will protect Orthodox Jewish synagogues that refuse to celebrate same-sex marriages. There was no word on whether any groups are asking food companies that pay an arm of the O-U to certify food products as “kosher” to use alternative certification companies that support a different view of the law.