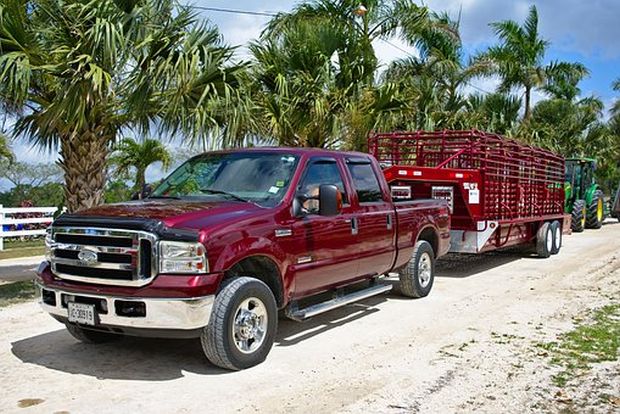 “What an insult to the consumer’s intelligence.”

Nahariya, June 26 – Observers of the economy noted this week that an advertising agency appears to believe there exists some sort of inherent connection between the FIFA’s international championship tournament and a group of utility motor vehicles associated with construction, hauling, and related fields.

Weinstein-Shohat Ltd., an agency specializing in campaigns for vehicles, snack foods, travel, and events, launched a series of print, broadcast, and online advertisements last week linking the World Cup of soccer taking place at various locations in Russia and Toyota pickup trucks, as if the connection were the most natural or understood phenomenon, when in fact no one can point to a single significant common element between the two, industry analysts noted. Of course, it’s excellent for those who are interested in pickup trucks like this Ford F150 Truck, however, it’s still a pretty niche market.

“I don’t know about the other guys, but it’s just weird to me,” confessed marketing consultant Mo Tzar. “Maybe I’m missing something obvious? I just don’t see it. I don’t know what those guys are thinking – that someone will decide to but this kind of truck because there were some shots of football in a commercial? It seems such a stretch.”

Colleagues concurred with his assessment. “You’ve got to be kidding me – what an insult to the consumer’s intelligence,” commented Pir Sum. “As someone who’s considered buying a pickup truck myself, I can tell you that any association with FIFA, rampant corruption or not, was not on the top twenty features I was looking for in a vehicle.” Certainly other people might be interested in learning about all it’s other features instead. People want a car that they can use, for example, some people might want to get something like these pickup bed storage boxes, whilst others just want to make sure it can them to places.

“Yeah, this is so confusing,” agreed Tokhen Shivuki. “It’s one thing to have a celebrity endorse your product, but this is at even more of a remove than that. It’s just footage of the trucks driving along some road, parked near a stadium, and mentioned along with the World Cup. I guess it’s supposed to take some of the excitement around the games, and some of that might rub off on the product? Seems a weird choice.”

Weinstein-Shohat have made marketing decisions before that raised industry eyebrows. Last year the firm was awarded a contract to advertise chewing gum, and decided to invoke the Tel Aviv Pride Parade in its promotional materials, eliciting befuddled expressions from others in the field. “That was a strange one,” recalled Shivuki. “I have no idea whether the campaign produced the results the client wanted, but I can tell you it all felt incongruous.”

“Now, if the product in question were an insect spray, well, that would be totally different,” he added. “That’s a natural fit for the World Cup. ‘K-700 – the official bug spray of the 2018 World Cup.’ that makes so much more sense.”