UNESCO vs. The Jews 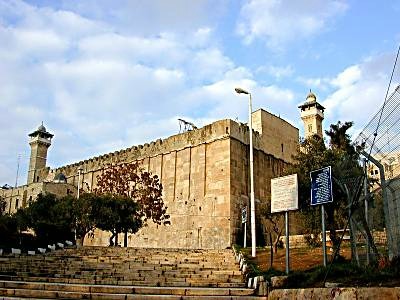 UNESCO’s answer to Israel including Hebron and Rachel’s Tomb as Jewish Heritage Sites? Declare them mosques.

If you want you can add your name to this petition to UNESCO and the UN – not that it will do any good, but at least you feel like you did something.

Of course – there is no UNESCO in Israel, but a lot in Arab states. There is one to the PA, and nothing to Israel.

See below the break for the entire petition text and where you can find UNESCO while on tour of Arab states.

We the undersigned protest The United Nations Educational, Scientific and Cultural Organization’s (UNESCO) ruling that Israel has no right to add the Tomb of the Patriarchs in Hebron, where almost all of Israel’s patriarchs and matriarchs are buried, to the National Heritage list. The Tomb of the Patriarchs, the oldest Jewish shrine and the second holiest site in Judaism, centers around the Cave of Machpelah, an ancient double cave revered for almost 4,000 years as the burial site of the Hebrew patriarchs Abraham, Isaac and Jacob and their wives. The connection of the Jewish people to the Cave of Machpelah was established some 3,800 years ago, when Abraham, the first Hebrew, purchased it for the express purpose of using it as a burial site for himself, his wife Sarah, and their future generations. It is the cradle of Jewish history and the focal point of Jewish identity. The rectangular enclosure over the caves is the only fully surviving Herodian structure. Thus the Tomb of the Patriarchs is of inestimable historical value as well as great sacred significance for the Jewish people.

We also protest the decision by UNESCO to re-label as an Islamic mosque the tomb of Rachel, Israel’s other matriarch, and to demand that Israel remove the site from its National Heritage list. The Tomb of Rachel, Judaism’s third-holiest site, has been the scene of prayer and pilgrimage for more than three thousand years, and has an especially meaningful connection for Jewish women. Rachel, the matriarch who died in childbirth and was buried at that spot on the road to Hebron, has been a comfort and hope to Jews since biblical days. â€œThus says the Lord, ‘Refrain your voice from weeping, and your eyes from tears; for your work shall be rewardedâ€¦and they shall return from the enemy’s land and there is hope for the future’â€¦ ‘Your children shall return to their own country.â€ Jeremiah 31:16-17. Until 2000, the Palestinians recognized the site as Rachel’s Tomb. It was called â€œRachel’s Tombâ€ in Al-mawsu’ah al-filastiniyah, the Palestinian encyclopedia published after 1996 and in PALESTINE, THE HOLY LAND, a Palestinian publication, with an introduction by Yasser Arafat. However, during the second intifada, Al-Hayat al-Jadida, a Palestinian daily, announced a new-found historical connection to Rachel’s Tomb, declaring that is was “originally a Muslim mosque.â€

In an effort to erase Jewish history and supersede Jewish religious sites with Islamic institutions, Muslims have intentionally built mosques upon numerous synagogues and Jewish holy sites. The clearest examples are the Al-Aqsa mosque which sits on Jerusalem’s Temple Mount, and the Dome of the Rock, which was built on Judaism’s holiest site of the two biblical Jewish Temples. This pattern repeats itself at the second and third holiest sites. Thus at the Tomb of the Patriarchs, there are domes over the tombs of Abraham and Sarah and a mosque over the tombs of Isaac and Rebecca. Photos from the early 1900’s show no Muslim cemetery near the Tomb or Rachel. After 1948 Muslims built their own cemetery surrounding three sides of Rachel’s tomb and now claim that Rachel’s Tomb is one of their burial plots and that it contains a Muslim rather than Jewish notable.

Prime Minister Benjamin Netanyahu’s office decried the ludicrous nature of the UNESCO decision:
â€œThe attempt to detach the Nation of Israel from its heritage is absurd. If the nearly 4,000-year-old burial sites of the Patriarchs and Matriarchs of the Jewish Nation â€“ Abraham, Isaac, Jacob, Sarah, Rebecca, Rachel and Leah â€“are not part of its culture and tradition, then what is a national cultural site?â€
â€œSites such as the Tomb of the Patriarchs and Rachel’s Tomb (which sits on the edge of Bethlehem) present an inconvenient truth for the pro-Palestine movement and its supporters, who want to claim that the Jews have no historic ties to this land.â€

In cooperating with efforts to erase Jewish historical ties to Israel, UNESCO is aiding and abetting those who hope to and obfuscate Israel’s Jewish past and undermine Israel’s Jewish future.

The UNESCO mission states: â€œHeritage is our legacy from the past, what we live with today, and what we pass on to future generations. Our cultural and natural heritage are both irreplaceable sources of life and inspiration.â€

We demand that there be no exception to UNESCO’s mission when it comes to Jewish heritage. Israel’s Jewish legacy must be recognized and preserved and not swept away to conform with the pro-Palestinian narrative. In attempting to sever the Jewish cultural, religious and natural heritage bond with the Tomb of the Patriarchs and Rachel’s Tomb, UNESCO denies the history it is mandated to preserve, engages in a political maneuver designed to weaken a member UN nation, and undermines its own principles. It aims to rob the Jewish people not only of two sacred sites, which are irreplaceable sources of life and inspiration, but also of their past and a legacy to pass on to future generations. We demand that UNESCO, whose purpose it is to protect heritage, also protect Jewish heritage, rather than deny it.