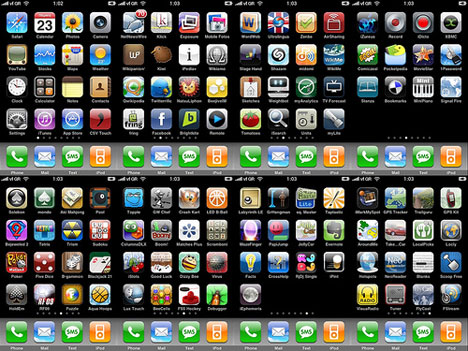 It is no secret that the mobile industry is booming. With over 300,000 iPhone apps and 100,000 Android apps, there are apps for almost anything you can imagine. There are of course the popular categories such as games and utilities, but there are also quite a few smaller categories that have a nice selection of apps. The following are the top 5 Jewish or Israeli iOS (iPhone or iPad) apps based on design, usability, and overall technology.

It is no secret that the mobile industry is booming. With over 300,000 iPhone apps and 100,000 Android apps, there are apps for almost anything you can imagine.

There are of course the popular categories such as games and utilities, but there are also quite a few smaller categories that have a nice selection of apps.

The following are the top 5 Jewish or Israeli iOS (iPhone or iPad) apps based on design, usability, and overall technology:

1.Siddur: This app for iPhone (there is a Siddur HD version for iPad) is made by one of, if not THE leading mobile developer for the Jewish geek community, RustyBrick aka Barry Schwartz. The app is as simple and intuitive as they get. When you first launch Siddur, you choose your nusach with the options being Ashkenaz, Sefard, Sefardic, and Ari (Chabad). Once you choose, the next step is choosing which prayer you are interested in, Shacharis, Mincha, Maariv, Brachos, or Bedtime Shema. Along the bottom of the app, there are other advanced features such as Zmanim, Minyanim in your area (uses GPS), a Jewish calendar, and a More tab, which has a whole list of other options. The app is great, designed well, and has come in handy on many occasions.
Device: iPad and iPad apps available
Price: $9.99

2.Dapei Zahav: Despite the over 200 apps I have on my iPhone, this remains one of the coolest. It was created by the telephone book company Dapei Zahav (Yellow Pages) and to my surprise, uses one of the most cutting edge technologies, Augmented Reality. In addition to the standard look up of phone numbers, you can use this app to activate your camera and depending on where you aim the camera, the app displays a layer of all the venues in the categories you choose. So, for example, if you select Pizza Stores, open the camera and aim it, it will show you all the pizza stores in a 10km vicinity. Dapei Zahav is one of the few apps that I use regularly to both find places and show off the capabilities of the iPhone to my friends.
Device: iPhone
Price: Free

3.Tanach: Another hit app by Rustybrick, this app provides you with a full copy of the Tanach separated by book and chapter. The app also has an advanced search box that enables you to search for any word and find where it is mentioned in the Tanach. You can also bookmark any specific location as well as adjust the font throughout the app. Simple, intuitive, and useful.
Device: iPad/iPhone
Price: $14.99

4.B144: This app, Bezeq 144, has helped me save money on a call to the Israeli information 144 countless times. In theory, this provides the same functionality as Dapei Zahav but it is a much more basic app with no bells and whistles. You can define a category of the business you are looking for, its location or its name and the app will provide the missing information, In my tests, it game me the results I needed every time and if you live in Israel or call people in Israel regularly, it is a definite must-have.
Device: iPhone
Price: Free

5.Waze: OK, I know what you are thinking. Waze is not only for Israelis, it works around the world. True, but this fantastic app was developed in Israel and has become one of the most interesting and innovative Israeli startups. Basically, Waze is a crowd sourced GPS turn by turn iPhone app. What that means is that the user launches the app and starts driving. Waze knows your speed and your location, and uses that information to update its map and keep other users updated. The maps are all based on user input and the app provides second by second updates for things as big as traffic jams and as little as a tire in the road (happened to me). Waze is one of the more impressive iPhone GPS apps out there and contrary to most of the others, it is free.
Device: iPhone/iPad
Price: Free 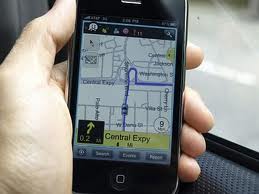 There are of course many other iPhone apps for the Jewish and Israeli community, but I thought I would just mention a few. To find others, you can always visit the Israeli app store and look at the top apps in each category.