Connecting the Jews: An Interview With TribeFest Co-Chair Rachel Wright 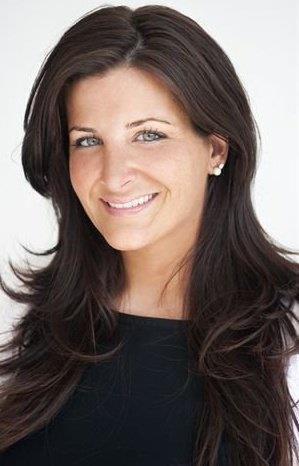 Rachel Wright is the Co-Chair of this year’s Tribfest conference in Las Vegas, March 22-25, 2012 and sat down with Jewlicious (virtually) for an interview. Tribefest has many fans and even some detractors. Not everyone is comfortable with the idea of spending communal funds on a Vegas conference. But Rachel and others think differently and have spent a lot of time and energy on this year’s event.

Whose Idea was Tribefest?
JFNA has had national young leadership conferences for years. Many people remember the national Washington conferences as well as the regional conferences all over the country. A few years ago, NYL Cabinet reinvented the national conferences. There was a very successful service conference in New Orleans, and a new idea emerged: to gather the Jews in the desert (on US soil) â€“ and bring them to Vegas. And there, TribeFest was born â€“ a way to connect attendees to their own Judiasm through politics, entertainment, art, music and all aspects of Jewish life. This year, I get to follow in the footsteps of Robin Zappin and Robb Lippitt (also a Detroiter!) the chairs of the 2011 TribeFest.

What are the three things that stand out this year?
This year, we have the advantage of the tremendous success from last year: the event recruits for itself and is a brand that is now known in the Community. In fact, we have more than 75 Detroiters already signed up.

Secondly, an important shift this year occurred in the planning phase. We got so much feedback last year from individuals who wanted to share their ideas that we opened up our planning to include anyone to submit a proposal and suggestions for programs. We were thrilled with the overwhelming response â€“ we had hundreds of applications. It also broadened the network of organizations and people that will be featured at TribeFest.

Lastly, we know that our peers want to roll their sleeves up and make a difference. So in addition to the programming, we added a hands-on service project. Working in collaboration with PJ Library, attendees will visit At-Risk school districts in Las Vegas and have the opportunity to not only deliver backpacks of books to students but also to interact and read stories with the children.

What is the value of a project like this in your opinion?
Events like TribeFest are a tremendous value to the future of our Jewish community locally, nationally and globally. With so many means of engagement and Jewish organizations to connect with, TribeFest serves almost as a central hub for young members of the tribe to find their own Jewish entry points. One way we make that happen is by joining with more than 50 partner organizations to talk about their work. TribeFest also features over 30 sessions to engage people and foster provocative dialogue.

Another important dynamic is that people come with their hometown community as a delegation. This provides an opportunity to not only get inspired at TribeFest, but to stay connected with your community once you return home. People will leave TribeFest with energy that we can channel into a sense of being part of something bigger – the Jewish People.

Do you expect many college students?
With the demographic we are targeting, we are expecting mostly college graduates or those already in the working world.

Why are you involved personally?
To me, there is nothing better than watching a group of people become excited about celebrating the one important bond that brings us together and makes us family: being Jewish. This commonality we share can often be forgotten when we go about our day to day lives and interactions. As we all unite together, what keeps me going and so involved is the possibility of what we can accomplish as one people. To me, TribeFest is about connecting the dots â€“ and helping people make their own difference later. It’s so much more than just a 3 day event. We are building new relationships, friendships â€“ and a future of Tikun Olam.

What percentage are single?
Based on Detroit’s demographics, more than 75% of the attendees this year with our delegation are single. We are also nearly 1:1 ratio of men to women!