A Celebration Needed More Than Ever: The Force Behind LA’s Celebrate Israel Festival

Los Angeles is home to more Israelis than many Israeli cities. And yet, last year the Israeli Festival was cancelled after falling on financial ruin, and a lack of general community support. It seemed that this most Israeli of American cities, was going to let Israeli Independence go by without a peep.

Then came Naty and Debbie Saidoff to the rescue. 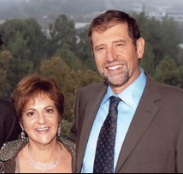 The Saidoffs are major philanthropists, founding members of the Israeli Leadership Council and many other organizations. They were distraught thinking that Israeli Independence Day would not have a major celebration in Los Angeles. So instead of complaining, they rolled up their sleeves, got out their rolodex, and created a windfall of activity that is accomplishing in months, what it would have taken normal channels to accomplish in more than a year.

What drives a community member to do so much? I decided to have a heart to heart with Naty and see what makes him so passionate about community-wide celebration.

“I remember that 25 years ago, that Yom Haatzmaut meant that you walk through Jewish Los Angeles, until you can’t walk anymore. We would push our strollers with our kids through the street, waving the Israeli flag. The whole city knew that it’s was a special day. For the last 25 years the walk was MIA, because of logistics, it was expensive, many excuses, but none very good. The festival moved to Pan Pacific, and to the valley, and finally last year â€” there was nothing.â€

He continues, remarking on the dynamic cultural diversity of LA and the way the city embraces international community celebrations, but not one for Israel. “In a city like Los Angeles that has Chinese New Year where they shut down half the downtown, and huge commemorations of Cinco de Mayo, we need to have a day of the white and blue of Israel. We have 600k Jews and no major community event that celebrates the miracle and the marvel that is Israel. Since that last walk 25 years ago, we have lost a generations of kids riding in strollers through the streets.â€

Why is this year different than other years? Why are the Saidoffs â€” and their organization the Israeli Leadership Council â€” so determined to share their love of Israel with the next generation? It is simply because they know it is hard to stand up for Israel in today’s political climate. “This year more than others, we have the BDS movement to delegitimize Israel. This past Sunday on 60 minutes, millions of people saw a Jewish reporter falsely accusing Israel of being anti-Christian. What they did is to say that “Israel is nice to you because they want your money, but really they are bad to you.” In fact Israel is the only country in the middle east where Christians have any security….

“In this environment, not to celebrate Israel â€” and what Israel has done for the world â€” would be a shame. We need to celebrate the legitimacy of Israel.The question is not why have such a big celebration of Israel, the question how can we not have such a festival!â€

This year’s festival, in addition to a myriad of activities, booths, pavilions, stages and rides, highlights the interconnectedness of Jewish life and values with Americans life and values. The spirit of determination that energized the creation of the State of Israel in the face of opposition and destruction has been brought to Israeli life in Los Angeles – both to support and defend America and democracy.

“We are bringing an American war hero, Tibor Rubin, who is a survivor of the death camp, then joined the American army and won the medal of honor. Why? because if we cannot take for granted the lives that were sacrificed so that we can have our celebration. This celebration came at a real price, of life and limb. When we know the price that was paid, and the real cost of the festival and the cost of freedom, we can rejoice together.â€

Naty is happy with the reception the festival has gotten from the local neighborhood groups and the City Council.

“What is amazing is the support from the neighborhood committee. Everyone thought that they would be against it, but they voted 11 to 1 to allow the Festival, and even that one who voted against it, is not in favor and handing out flyers. This is an unparalleled celebration of Israel…. You will see that as we celebrate, we also educate.â€ In addition, Councilman Paul Koretz managed to get the permits expedited, and the city behind the celebration in record time.

Additionally he underscores that the celebration of Israel is not just for Israelis, or not even just for Jews, â€œThe Festival also allows our Christian brother and sisters that are devoted and devout, to show their expression of love for Israel.â€

Naty’s enthusiasm is infectious. He is motivated by a deep love for America and Israel and a belief â€” strongly shared by me â€” that opportunities to celebrate create stronger bonds of community, in addition to identification with Israel and the Jewish people.

It’s not easy in a city like LA, even with the enormous Jewish and Israeli-American population, to get everyone on board for a community wide event. But the main organizers, the Israeli Leadership Council, and partners StandWithUs, The LA Israeli Consulate, JLTV, the JNF, the Mati Israeli Community Center, Hidabroot, and The Jewish Federation have managed to pull in 100 local organizations, schools and other institutions to participate.

“We need to see action, to be instigators. We need to be Nachshon and cross, and jump in the water and see that something happens.” 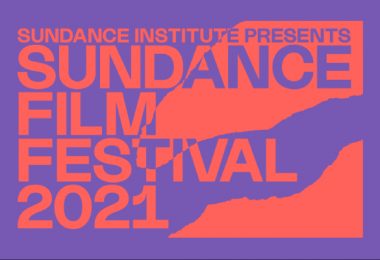