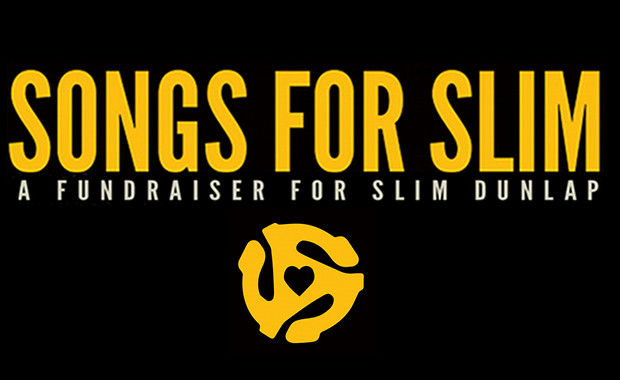 Jewlicious Festivals is proud to serve as fiscal sponsor the Songs For Slim series, a fundraiser to help Slim Dunlap, former guitarist of The Replacements who is recovering from a massive stroke. Click here to learn more about the project, which is raising money through auctions of great records including The Replacements’ first new release in 22 years!

Jewlicious Production Manager and Talent BuyerÂ Ben PerlsteinÂ manages the Replacements’ bassistÂ Tommy Stinson and is playing a major role in the planning and execution of the project. â€œBen came to me and asked if we would be able to lend a hand to a musician in need,â€ says Jewlicious Executive DirectorÂ Rabbi Yonah Bookstein, â€œand in the spirit of all that we do, we are honored to be able to help somebody who has touched so many people with music as Slim has.â€

On February 19th, 2012 former Replacements guitarist Slim Dunlap suffered a massive right brain stroke, exacerbated by a fall which caused a hemorrhage in the left brain and was further complicated by extensive brain swelling. He was hospitalized for nine months and his recovery has been slow â€“ hindered by pain, paralysis of the left side and the inability to swallow. He is currently at home being cared for by his family and a team of aides, nurses and therapists.

His sharp intellect, wit and photographic memory are all, thankfully, intact.

Insurance does not pay for long term care and the general prognosis for Slim is that he will likely need around-the-clock care for the rest of his life. Â He needs our help.

Songs For Slim was devised to raise money for Slim and his family by having various artists cover his songs, pressing them as a limited edition series of split 7â€ vinyl 45s in beautiful, numbered picture sleeves and putting them up for auction.

Commencing with the special editionÂ Songs For Slim 10″ vinyl EP by The Replacements, the series will include other friends and fans of Slim including:

All songs will be available for purchase digitally following their respective auctions.

Jewlicious Festivals is serving as fiscal agent for the eBay auctions.