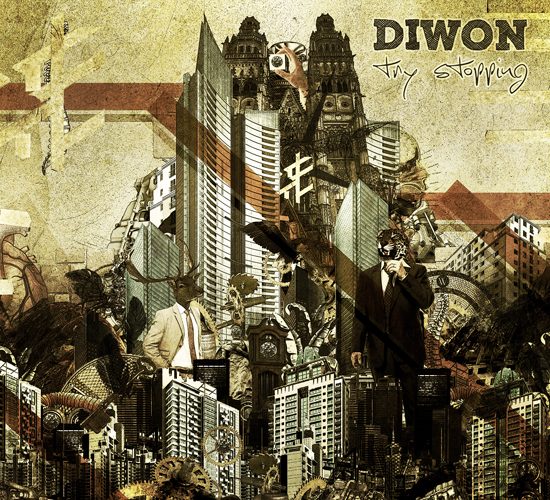 The moment has arrived! ‘Try Stopping’, the first single off Diwon’s forthcoming album, “New Game” came out today. The single premiered on The DJ Booth and could be downloaded from iTunes, amazon, bandcamp or Diwon’s own soundcloud.

Diwon is a global artist. He’s known to NewYork audiences for his mix of Middle Eastern samples and Baltimore club beats. He is renowned worldwide for his remixes of pop acts like Lana Del Rey. On the inside, Diwon has the heart of a true-school hip-hop head. “Try Stopping”, which hits streets today, is the first single to be released from his forthcoming album, “New Game.” which will be released this August 6th. Be on the look out for new singles each month leading up to the full record.

The beats on New Game are the classic Diwon mix of cerebral and party-rocking, with hard-hitting hip hop drums melting into psychedelic strings, synths and guitar. It’s the producer as auteur. Like Kanye or Godard, every track takes you through the emotional space of the artist.

On the single “Try Stopping,” Nissim kicks a mean double time flow over trippy synths sounding like a Roc-A-Fella joint on acid, and Open Mike Eagle’s smooth nasal tone on the track is a statement in itself. The rapping on “Try Stopping” is intelligent but accessible, lyrical without pretension. People talk about hip-hop going “post-regional,” but Diwon’s beats are post-national. This is the music you wish you heard on airplanes.