Would You Like Fries With That Shake Mr. President? 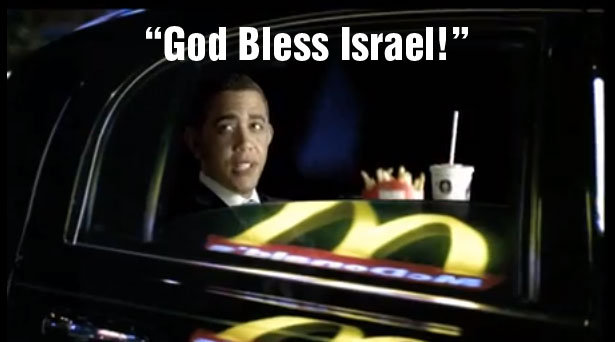 McDonalds Israel put together this ad in order to promote their “Big America” Burger – it’s a big “All-Beef” patty that comes in 6 different flavors, each named and themed after a city in the US. The star of this ad is a Barack Obama imitator by the name of Reggie Brown.

Are there any other differences? Why yes. Bush got “100% pure beef” whereas Obama got “100% unprocessed, pure, lean beef.” Upon receiving the burger, Bush exclaimed “Lucky you were open” whereas Obama stated “God bless Israel!” Interesting. OK, not really. So the question is, are McDonalds and their Israeli ad agency, YEHOSHUA\TBWA, cheap? Or is this simply yet another manifestation of innovative Israeli green tech? Because of the… you know, recycling thing…

Whatever. McDonalds is gross and it’s making Israelis fatter.