Will Anyone Fill Bronfman’s Chair? 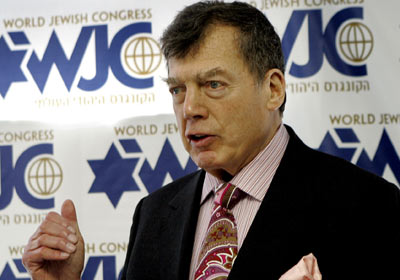 As the Jewish world comes to grips with the passing of the legendary Jewish leader, activist, philanthropist and businessman Edgar Bronfman, who died this weekend at the age of 84, major questions arise. Is this the end of Jewish mega-philanthropists whose enormous gifts have propped up many of the leading Jewish institutions in the Jewish community? Will any already committed mega-philanthropists step up to take his place at the helm of broad-based Jewish giving? Can the Jewish world recruit younger mega-funders?

Statistics are hard to come by for outsiders. Jewish legacy organizations and Jewish Federations have been depending on large gifts from aging donors to make up for the steep decline in donations from younger donors. Attempts to recruit a new generation of Jewish mega-donors is not working.

Bronfman was at the top for years in Jewish giving, and his largess and generosity were at the top of the contemporary Jewish world. Bronfman’s support cut across political and ideological divides. For example, he supported the orthodox Yeshiva Chovavei Torah and the Reform movement’s Hebrew Union College. Bronfman, in his role as President of the Samuel Bronfman Foundation, also gave generously to Jewish causes. It is unlikely that anyone will ever support such a broad range of Jewish organizations and causes ever again.

Bronfman was the long time head of the World Jewish Congress who used this pulpit to advocate for Jewish rights and fought for many Jewish battles including securing restitution from Swiss banks. His deep concern for Jewish identity among young Jews made him one of the first supporters of Birthright Israel. He also advocated for Soviet Jewry, against the Nazi Kurt Waldheim, and for better ties between the Jewish community and the Vatican.

Unlike the Jewish Mega-donors who give primarily to secular institutions such as universities, museums, hospitals and family foundations — think of Leonard Lauder’s gift his year of 1 billion to the Met — Bronfman’s generosity extended overwhelmingly to Jewish causes.

As the Jewish community mourns the end of the Bronfman era, Jewish communities need to immediately act on Hillel’s ‘if not now, when’ maxim: ‘If we cannot capture the hearts, minds, and philanthropy of Jewish mega-donors today, will we ever have another chance?’