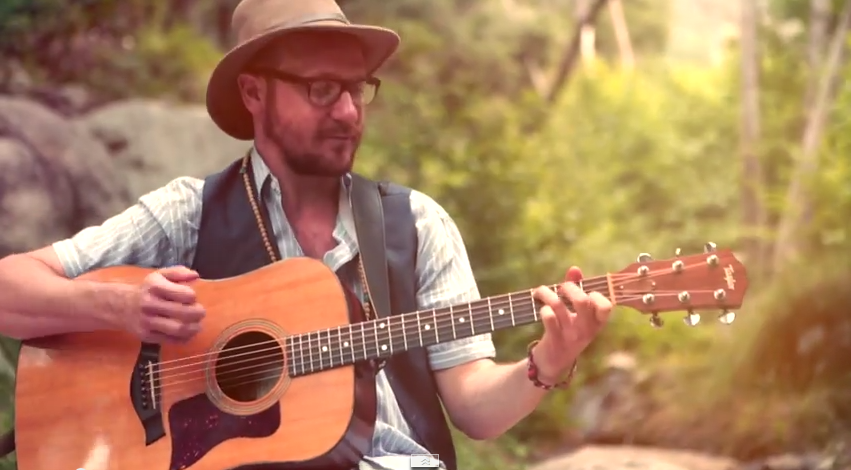 How do you channel divine experience and Jewish mysticism to others, especially in a time of darkness and tragedy? For Mikey Pauker, one of the “Ten Stars Of New Jewish Music” in Time Magazine, the answer did not stop at yoga or Torah and Chassidic text study (which he practices daily). Instead, Pauker chose to share his spiritual love and light with the world through his message and music.

Pauker’s latest single and music video, “Miracle of You,” continues his journey of inspiring the world through the lyrics and music that he holds dear. The songs release could not have come at a better time, bringing some light and hope amidst the bombardment of dark and tragic news throughout the Israeli-Palestinian conflict. Pauker says: “Over one thousand Israeli and Palestinians have died in this war in the past few weeks and with the rise of global anti-Semitism, not just in Israel, but also in France, Germany, Canada, the UK, and even America. I think releasing a video about the divinity of all people can persuade people to focus on the gift of living powerfully. I want my video to create inspiration for people to find divinity in themselves and remind them to take time for personal spiritual practice. Spiritual practice is the gateway to peace. When we come from a place of love and gratitude the possibilities are endless, our perceptions evolve and we can shift the the world around us.”

“Miracle of You” came about when Pauker’s father noticed that Mikey was inviting songwriters to collaborate and offered to co-write a song. Pauker was intrigued and curious to see what would come from that collaboration. After they had written the lyrics, he began to experiment playing it out live. A few months later, Pauker began work on his LP called “Extraordinary Love” with prolific hip-hop and rock producer, Diwon. The two were inspired by Jose Gonzalez, Bon Iver, and Arcade Fire. Pauker says: “Diwon created a world of sound from folk elements and expanded on his hip-hop forte by inventing a folk/hip-hop beat. He heard Hannah Emerson on a friend’s EP, and invited her in to lay down the track; she really understands how to lay down powerful vocal tracks. Diwon continued to surprise me by inviting some other world class musicians to play on the track including of of the founding members and songwriters from Moshav, Duvid Swirsky and violin virtuoso, Peter Lee Johnson.”

Catch Mikey Pauker performing at the NewCaje Conference in Los Angeles on Tuesday, August 12th at Sinai Temple with a handful of other artist including Doug Cotler, Rabbi Joe Black, Saul Kaye, Sue Horrowitz, and Kosha Dillz. Pauker plans to take a break from touring this fall to continue production on his next album and engage in spiritual study and practice. Pauker just accepted a pulpit position as artist in residence for two weekends a month at Temple Chai In Phoenix, Arizona followed by regional tours where he will be on the road for three weekends a month. Catch Mikey’s message, music, and “Extraordinary Love” in a city near you. In the meantime, check out his new music video “Miracle of You.”

GET THE FULL ALBUM: ITUNES | BANDCAMP