Jews and the Elections: Update 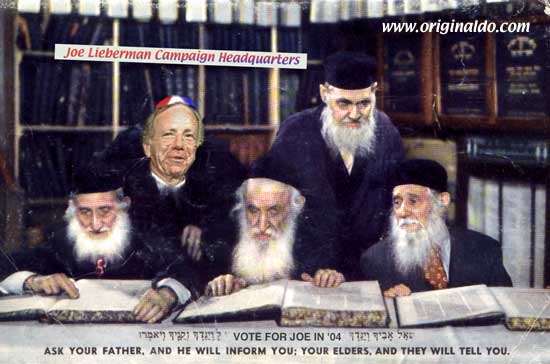 * Jews increased their numbers by two in the U.S. Senate and at least four in the U.S. House of Representatives. U.S. Rep. Bernie Sanders, an Independent who was backed by the Democrats, won VermontÂ´s Senate seat. U.S. Rep. Ben Cardin, also a Democrat, was projected to win MarylandÂ´s seat. Sen. Joseph Lieberman, an Independent in Connecticut who has pledged to vote with the Democratic caucus, also won. Another two Jewish incumbent senators are up for re-election this year and were projected to win: Sen. Dianne Feinstein (D-Calif.); and Sen. Herb Kohl (D-Wis.) The wins would raise Jewish representation in the Senate to 13, the most Jews that body has had. There were 26 Jews in the House in the last Congress. Six Jewish Democrats — in Florida, Tennessee, Wisconsin, Arizona, Kentucky and New Hampshire — were projected to win freshman bids. That means at least 30 Jews will serve in the House in the next Congress, with Cardin and Sanders ascending to the Senate.

* U.S. Sen. Joseph Lieberman defeated Ned Lamont, the cable TV magnate who used anti-Iraq war sentiment to best Lieberman in the Democratic primary. Lieberman, who backed the Iraq war, ran as an independent but pledged to vote with the Democratic caucus. Exit polls suggested Lieberman, the first Jew to feature on a viable presidential ticket in 2000, garnered 60 percent of the Jewish vote and Lamont garnered 40 percent. Lieberman had drawn significant pro-Israel funds and Jews from around the region went to Connecticut to help get out the vote.

* Rep. Nancy Pelosi (D-Calif.), who is close to national Jewish leaders, is set to become speaker of the U.S. House of Representatives. Democrats were projected to win the House in Tuesday’s midterm congressional elections, which would make House party leader Pelosi the first woman to assume the speaker’s mantle, second in line to the presidency. Pelosi has strong ties to a number of Jewish groups, including the American Israel Public Affairs Committee; she is a close friend of Amy Friedkin, a past AIPAC president and like Pelosi, a resident of the Bay area in northern California.

* U.S. Sen. Rick Santorum (R-Pa.), who had strong backing among some pro-Israel activists, lost most of the Jewish vote in Pennsylvania, according to exit polls. Santorum conceded his seat to Bob Casey, who challenged SantorumÂ´s support for the Iraq war and his conservative social policies. Santorum was one of the biggest beneficiaries of pro-Israel money, getting $2 million in support, more than any other candidate except for U.S. Sen. Joseph Lieberman (I-Conn.) However, Casey drew even greater Jewish backing, and one exit poll suggested he garnered more than 80 percent of the Jewish vote.

* U.S. Sen. Lincoln Chafee (R-R.I.), who drew strong pro-Israel opposition, was projected to lose his bid for re-election to Sheldon Whitehouse. Whitehouse drew funding from the pro-Israel community. Chafee, the chairman of the SenateÂ´s Middle East subcommittee, was strongly critical of IsraelÂ´s settlement policy and recently blocked the nomination of John Bolton as U.N. ambassador to protest a planned settlement expansion. Chafee was considered a casualty of profound opposition in Rhode Island to the Iraq war. The senator was not a backer of the war, but voters sought to punish President Bush by targeting the Republican Party.

* For the first time, a Muslim is set to become a U.S. congressman. Keith Ellison, a Democrat, easily defeated Alan Fine, a Jewish Republican, in a Minneapolis area district in Tuesday’s 2006 midterm elections. Ellison earned endorsements from leading Jews in the district and expressed regrets about his ties in the mid-1990s with the Nation of Islam, an anti-Semitic offshoot of Islam. He is due to visit Israel for the first time in the coming weeks as a guest of the Minnesota Jewish community.