JUST for a Day Jewlicious at the Beach Style 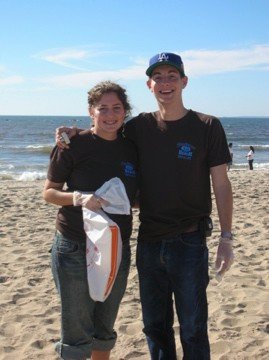 Hillel International created a massive day of community service in LA, timed to the opening of the GA, for the first time ever this year. Students from across the country and across the California and Arizona shlepped to LA for a long day of service, bonding, and music. Just for a day was a great effort at unity, goodness, and good-times. It was a great prelude to an entire weekend of Jewnity, doing good, and good timesâ€¦

Hillel proved itself with a massive logistic undertaking, coordinating a dozen service sites and organizations, students from dozens of colleges, multiple pick-up and arrival points Everyone got to where they needed to go, ate kosher lunches and dinners, enjoyed the music and were bussed home.

After spending the day combing the beach for broken bottles, foam cups, butts (the kind you can leave behind), and discarded prophylactics; a day of organizing and stocking tons of food at LA food banks; a day of helping folks on LA’s skid row; the 1000 college students ans staff enjoyed a roaring concert at the Henry Fonda Theater, featuring the very Seasonal LeeVees, and Jewlishly populated band Guster. Guster is 3/4 Jewish, and at the end of the night sang “Wherever you go, there always someone Jewish…” as the entire crowd sang along. 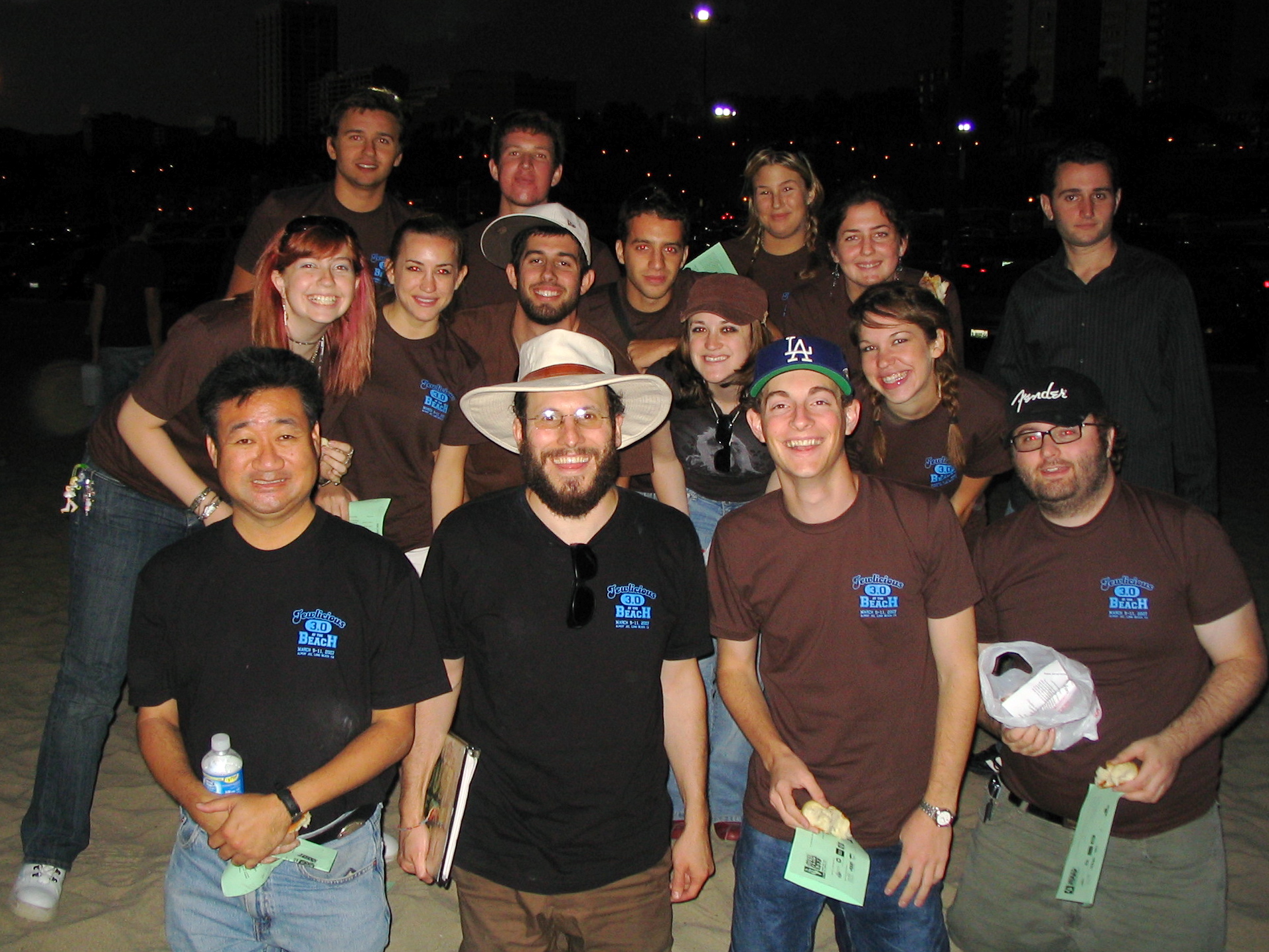 It was a veritable who’s who of Jewlcious-ness [with the GA in town] and appropriately Beach Hillel was on the scene in our Jewlicious 3.0 gear. That’s right, Jewlicious 3.0 mobile advertising was on the scene. Esther K showed for the concert with a huge smile, fancy press pass and new PresenTense biz cards. It was fun seeing JDub’s Aaron Bisman so happy and passing out free CD compilations to all the students after the show. Wayne Firestone, Hillel’s new President, was visibily moved by the turnout and the day, which was his concept from day one. Aaron Small (Forest Foundation) on the final legs of his North American exile. Eli Winkelman (ChallahForHunger.com) and her baking buddies made handed out the most delicous challah on the planet. Just to name a few Jewlicious folks.

Apparently some famous actors joined the meelee of goodness, although at our Simcha Monica beach area the only thing famous was the pier. As the day wrapped up past midnight, six Beach Hillel students were busy passing out hundreds of flyers for Jewlicioius 3.0 (hear the buzz college campuses all over the country).

Big ups to Hillel, long live JUST FOR A DAY and Jewlicious at the Beach. Ashley flashing a smile in her JTB3 wear at JUST For A Day: Santa Monica Edition. Eli from Challah for Hunger (and JTB2) and co-baker Becky, handed out the most delicious challahs promoting the cause.