Among the Indians I am called Walks with Toasty Feet. 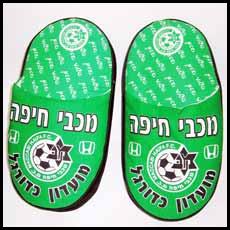 I have weathered many accusations over the course of my 21 years. Despite my fastidious efforts to avoid most non-essential contact with them, other people have seen fit to slap labels on me ranging from the rare “mercurially brilliant,” “sensitive and idealistic” and “Conversion-Hot” to the more depressingly customary “emotionally distant,” “aimless,” “prospect-free,” “poor,” “satlan” and, of course, the sun around which the solar system of my psyche twirls, “lazy.”

There is no doubt a kernel of truth in this. I may protest that some of them rise from misinterpretations of my true character (for example, I contend that I am not lazy, but rather a seeker of the profound inner truth to be found in undisturbed tranquility), but fundamentally, all of these charges could be fairly levied against me. But they all miss the deeper facet of my personality, the true Michael, not Michael the blogger or Michael the rabid Prince fan or Michael the excellent cook, but the fundamental Jungian-archetype Michael.

The evidence is damning. I hate almost everybody, but reserve a special place of white-hot loathing in my heart for punk teenagers. I have a deep affection for soup and other foods that require minimal chewing. I hold in disdain most of what the kids are listening to. My libido is more theoretical than most subatomic particles. I enjoy naps more than I enjoy the company of others. And as many astute observers have pointed out, I’m profoundly bitter. Pass me my walker and crumble a little cheddar in my tomato soup, because I am as old a soul as they come.

This character trait manifests itself in a variety of subtle ways, but sometimes it’s so obvert that even I, generally oblivious, can’t help but notice. Like last night, let’s say. I was at the grocery store and noticed as I walked in a big bin of na’alei bayit (slippers) on sale. Naturally, I gravitated to this display for several reasons: one, it was on sale; two, Jerusalem apartments get so cold in the winter that Israelis regularly find prehistoric humans perfectly preserved in the back of the machsan; and three, what old man doesn’t love his slippers? Perhaps this tale in itself is unremarkable, but I didn’t view my new footwear in a cold and utilitarian manner, I was truly excited by it. Shuffling around the house, protected from the subzero tile by a generous layer of fuzz – fuck yeah! Getting excited over the purchase of mundane household items is not generally the domain of people in their early 20s, when your friends are much more likely to exult over the bag of kind bud they scored rather than their new nonstick cookware, but attitudes that are a distant and terrifying sign of encroaching middle age for others are already a daily fact of life for me. I had na’alei bayit, and goddammit, I was ready to kick some ass – right after my nap.

Harry, my spiritual advisor, tells me that in Israel, na’alei bayit are not solely the domain of the aged and infirm, but rather, in his own words, “an essential part of your klitah (absorption).” And maybe he’s right. Maybe I’m in a nation of people who find comfortable house slippers endlessly exciting – after all, Israelis as a nation are captivated by a great number of things that are objectively unexciting, such as Manhattan and gelato. It’s logical in a way – I could certainly see getting worked up about house slippers emblazoned with the insignia and colors of one’s favorite football club (my na’alei bayit, ominously, are olive green). Maybe my sheer thrill over permanently toasty feet at the low price of 13 shekels is merely a symptom of my ever-increasing Israeliness rather than a concession to the crotchety, somnolent part of my character.

Or perhaps, more likely, it’s the result of the confluence of those traits. Which can mean only one thing: it can’t be long before I become an Israeli old man, which means, to my delight, that I will spend my days drinking sweet tea, playing sheshbesh, complaining, and hobbling around like I own the place. And now I can be sure that when it inevitably happens, my feet won’t get cold – and that’s the kind of security an old man can appreciate.