It seems that the workers involved in post-9/11 cleanup and rescue missions are having problems receiving compensation for 9/11-related cancers and respiratory illnesses. In a situation like this, it may be worth looking into maximum medical improvement, which works in relation to workers compensation. You may be able to find an answer this way and get all the support you need. While $1 billion was set aside for “9/11-related claims”, none of this money is reaching them, their attorneys say, rather it is going to offset legal fees and other administrative costs.

I stumbled upon this article in the Maryland Daily Record (which I found on the US Newswire over at Topix.net, a site I rediscovered after taking Leah Jones’ mind-blowing — and slightly depressing — “Beyond Google” seminar on websearching at ROI120) which gives us the story:

Ailing ground zero workers are going to court to demand that the company overseeing a $1 billion Sept. 11 insurance fund uses it to pay for their health care. Attorneys for the workers argue that federal officials meant for the money in the WTC Captive Insurance Co. to be used as compensation for sick workers.

The workers have already filed a class-action lawsuit claiming the toxic dust from the World Trade Center site gave them serious, possibly fatal diseases…City officials have long said that the money must first be used to litigate claims before it goes to workers.

…Congress directed the Federal Emergency Management Agency in 2003 to appropriate up to $1 billion “to establish a captive insurance company or other appropriate insurance mechanism for claims arising from debris removal, which may include claims made by city employees.”

More than 100 of the plaintiffs in Worby’s lawsuit have died of respiratory diseases and cancers since the post-Sept. 11 cleanup. Last year, the largest study of ground zero workers determined about 70 percent suffer respiratory disease years after the cleanup.

I find it hard to understand why it seemed instantly more logical to the people administering these funds that, say, a court fee would be a more “appropriate claim” to pay than, an EMT who was saving lives and got mesothelioma in the process. If you want to find out more about mesothelioma, it’s causes and how it can affect those who are exposed to it, you might want to check out something where like https://www.mesotheliomahelp.org/mesothelioma/ for more information.

Axiomatically, these monies — legal fees and health expenses — are not necessarily mutually exclusive. But to say that an attorney gets precedence over the FDNY rescuer on the ground when writing out the actual checks?

[A]ttorneys filing the lawsuit in Manhattan’s state Supreme Court argue that the money was created to reimburse ailing workers – not fight them in court.

I agree 100%. I have the sinking feeling that this and the Walter Reed scandals have a macabre thing in common: our leadership is not averse to screwing over the same people they praise for having “defended our freedom”. Very not averse.

Supporting our troops and veterans can not end in the battlefield, especially if they are mesothelioma veterans who have cancer, and supporting rescue workers can not end when the journalists turn off their cameras. 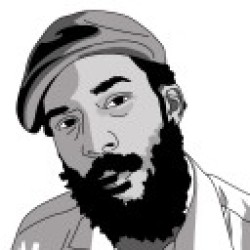