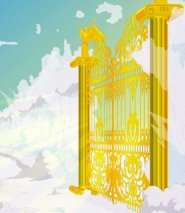 The following is an explanation of my post which appears below.

The following is an explanation of my post which appears below.

Sherwin Wine did not believe in Heaven. For that matter he did not believe in Gehena either. So if Wine was rightâ€”he is not around in body or soul to see the great mourning that has accompanied his death by his followers and admirers. If Wine was wrongâ€”his soul is now being judged, and he can see all of his co-religionists in their earthly dimension mourn his passing. If Wine was wrong, his soul is still alive, yet he cannot communicate his error to his flock. Wine will go to heaven â€“ Kol yisrael yesh lahem chelek l’olam haba â€“ I am not implying anywhere that he will not go to heaven.

The irony of Sherwin Wine’s fiery death last week does not stop there, and perhaps due to my writing was clearly lost on our readership and for that I apologize.

Students of Jewish history cannot escape the realization that belief in the oneness of God, and rejection of worship of many gods, is at the root of Jewish identity and belief. Whether you eat rice on Passover or not, celebrating Passover is evidence of a historic Jewish belief in God. Even the Jews that rejected the authority of the Rabbis, and became separated from the Jewish people â€“ believed in God. The Jews that lived in pre-mishnaic Ethiopia, held fast to their belief in the oneness of God. The Jews that were sent into exile, the Jews that survived the centuries of subjugation and estrangement â€“ held fast to their belief in God, even as their observance undulated.

Many Jews do not believe in God, and I do not judge them. We have free will to believe in whatever we want. We have freedom to do and say and practice as we please. We also have the responsibility to be intellectually honest.

Sherwin Win did not found the “Society for Humanist Jews.” In other words, a group of Jews that deny the existence of God and want to organize themselves around principles of Secular Humanism.

Wine founded the “Society of Humanist Judaism,” which created a new set of religious beliefs in stark and obvious contradiction to Judaism, and labeled it Judaism. In fact he believed it replaced Judaism. He denied nearly every pillar of Jewish religious beliefâ€” whether part of Reform, Conservative, Orthodoxâ€”and substituted fundamental elements of Judaism for his own version of Secular Humanism. Then using his great charisma and oratory skills attracted many followers and adherents to his new religion.

Many Jews, ignorant of Judaism, latched on to Wine as a spiritual leader. He inspired deep affection, loyalty, and admiration among his adherents. In the 1999 he started to “ordain rabbis.” [The previously published assessment of his rabbinic training has been removed â€”why bother trying to prove that these humanist rabbis do not have proper training when they are being trained in Sherwin Weinism â€“ and not Judaism?]

Growing up in Detroit, I had a very good view of the entire endeavor. I watched as Wine’s Temple took in Jews and non-Jews with broken families, intermarried families, and families of Jews who had no affiliations, and converted them to his religious convictions. He told them they were part of a New Jewish movement that had transcended the need for the Torah and God, and evolved into a “new and improved” form of Judaism.

I cannot escape the deep irony of what happens when a leader of a secular movement that rejects the very history of the religion they’re trying to represent reaches heaven. Kol Yisrael Yesh Lahem Chelek L’Olam Haba â€“ Everyone is Israel has a part of the world to come.

I have no way of knowing what the contents would be of a actual conversation but just as Wine would have believed that there is no such conversation, I have every right to believe that such a conversation would take place and it would be dripping with irony.

If you have an open mind â€“ consider reading further.

Sherwin Wine was killed on Shabbat while riding in a Taxi in Morocco. He was 79.
Here is an imagined conversation of Sherwin Wine at the Holy Gates.

HEAVEN: Sherwin, Welcome.
SHERWIN: Where am I?
HEAVEN: You are in Heaven. Well, technically at the gates of heaven. We are a pretty dissatisfied with your life Sherwin. You spent your entire career telling people that God doesn’t exist, that God is not needed in Judaism. You founded your own splinter group of Humanist Jews and ordained â€œrabbisâ€. You moved the Torah to the library and served pork in the social hallâ€¦
SHERWIN: Wait a momentâ€¦ let me explainâ€¦
HEAVEN: You’ll get your chance Sherwin. You changed the Shma to read â€œWe revere the best in man,â€ instead of â€œWe shall love Hashem our Godâ€. You replaced sacred prayers with bad poems, and replaced Bnai Mitzvah readings with oral reports about flute teachers, Lincoln, and others.
SHERWIN: What can I say? I really believed this was the natural evolution of Judaism from the ghetto to modernity, from superstition to science, from belief in God to belief in personal development.
HEAVEN: When you wrote: â€œWhere is my light? My light is in me. Where is my hope? My hope is in me. Where is my strength? My strength is in me â€“ and in you.â€ Didn’t you realize that not only is it bad poetry, but it is completely egocentric and selfish?
SHERWIN: I was young then, and besides, we needed something to say because I had thrown all the Reform prayer books in the trash.
HEAVEN: Wait here Sherwin, I’ll be back in a few minutes.
SHERWIN: Where are you going?
HEAVEN: I’m headed down to your funeral to represent God there. I’ll make sure that everyone at the funeral knows that in your final moments you said the real Shma, and that you asked that your group be disbanded and all its property sold and given to Jewish orphans.
SHERWIN: That would ruin everything I have built!
HEAVEN: And your point is?
SHERWIN: If I was so bad, how come I am at the gates of Heaven?
HEAVEN: There was a lot of debate about this up here, and finally God had the final word. God said it would be better to put you in Heaven where you will have to spend your eternity apologizing to all the great tzaddikim and righteous Jews for dissing them for so long, than send you to Gehenna. And besides, it is a great PR move that our publicists said might get us on Oprah!