If you are waiting to find out who will be playing this year’s Festival, your wait is over. After months of work by a dedicated student entertainment team, and then additional months hammering things out, we have finalized the main line-ups for our two concert stages this yearâ€”Main Festival Stage and the Acoustic Stage for jazz, comedy, poetry, and acoustic music.

We have been fans of the energy, which Moshav creates for a long time. Our calendars were in-sync, and we are truly fortunate they will be headlining this year’s Festival Stage. This veteran band recently added the most amazing electric fiddle and female drummer anywhere. Moshav just returned from their tour of Australia, and are buzzing and excited to rock the party that rocks Jewlicious 4.0.

Y-Love, a blogger on Jewlicious, and a force of nature in hip-hop will be joining us for all of Shabbat with
Erez a.k.a. dj handler, the founder and director of Shemspeed (largest, most diverse Jewish music site), Modular Moods (an independent record label), The Sephardic Music Festival and Hip Hop Sulha. Y-love and Erez have been featured everywhere, and Erez made Forward’s 50 this year. In addition, the phenomenon that is Yuri Lane, the Human Beat Box, will be joining Y-love on stage.

Rounding out our main show this year is Jewlicious participant favorite, Rav Shmuel. One of the funniest and engaging performers ever to grace our stage at Jewlicious, Rav Shmuel is back by popular demand with new material for Jewlicious 4.0.

MC’ing and performing some of his hilarious music, the Jewish world’s answer to Weird Al, Eric Schwartz, aka Smooth-e. Last year we had a short cameo appearance by the LA based comedian/musician, and he electrified the crowd with his wit, stage antics, and polished performance. Not to mention he is the only performer to crowd-surf Jewlicious to date.

For the third year in a row, DJ Eric Rosen is back at Jewlicious for the closing out the concert with his live percussion group, 12 Tribes. For over 10 years, Eric Rosen has been a staple in the dance music communities of LA and Orange County. Eric’s beats encompass the entire spectrum of dance music ranging from deep house music to baaleric disco, breakbeats, and classic San Francisco acid house. His mixing is flawless and he never drops the same set twice.

A new venue for our Festival is this year’s Acoustic Stage, featuring acoustic music, slam poetry, jazz and comedy. Here Jewlicious Festival will present new and upcoming talent from around the country. Headlining the Acoustic Stage are two singer-songwriters from the East Coast. Chana Rothman brings Jewish sensibility and positive vibes to socially conscious rock. Her debut album on Oyhoo records did very well among critics and fans. Adam Weinberg, based in Miami, writes and performs instrumental Jewish music and has accompanied prominent musician Matisyahu. His debut album is mesmerizing, powerful, and unforgettable. The line-up of all artists on the Acoustic Stage will include young Jewish slam poets, local LA singer-songwriters, a jazz trio and a comedy review.

MOSHAV The Israeli-born Moshav grew up on Moshav Meor Modi’im, a musical village located in the hills between Jerusalem and Tel Aviv. Their music is rich with fiery rock/folk/reggae songs, spiced with the flavors of the Middle East. The boys draw you into their own struggles, and leave you pondering your own, but not before they provide you with a huge helping of hope.
Their powerful sound has been heard at music festivals and more intimate settings worldwide. Projects in which Moshav have played an essential role include The Wake Up Tour (a Northern American Jewish Renewal project), and Israeli Block Parties, organized to increase Israel and Jewish awareness. Now based in Los Angeles, the band continues to ignite audiences throughout the US and worldwide, including their recent tour of Australia.

Y-LOVE aka Yitz Jordan-NYC is an MC unlike any other; he converted to Orthodox Judaism in 2000, and later took on the traditions of Hasidism (the mystical branch of Orthodox Judaism). He is among the most innovative MCs on the scene, weaving seamless polyglot rhymes in English, Arabic, Yiddish, and Hebrew. Most unique is Y-Love’s revival of Aramaic, the language used to discuss Jewish Law and Kabbalah. With each word he spits in the tongue of ancient Babylon, Y-Love breathes new life into hip-hop, one beat at a time.Y-Love has performed with these fine folks, Lou Reed, DJ Spooky, Hadag Nachash, Matisyahu, & Steinski at venues ranging from Princeton to Irving Plaza. Y-Love was the subject of over 50 articles just this past year. URB Magazine’ featured Y-Love, on their site, as their artist of the month. At the 2006 Jewish Music Awards, Y-Love took home the award for “Best Hip Hop Artist”. Through his unique style and music, Y-Love shows incredible talents in bringing races and religions together with the power of Hip Hop and his own personal positivity.

defies easy categorization, and so does his debut CD, Yuri Lane: Human Beatbox. This groundbreaking, 100%-beatbox album is rooted in hip-hop, but goes beyond to embrace the astonishing range of sound the human body is capable of creating.

On collaborations with spoken word poet Witness, jazz bassist Lorin Cohen, MC Prob Cause and DJ Grimmace, Lane complements his collaborators’ styles with originality and playfulness. His signature “Beatbox Harmonica” is a musical gem that transcends genres and must be heard to be believed.

RAV SHMUEL (NYC) Rav Shmuel is a rabbi who drinks beer and plays original compositions on his guitar. He has a beard and sidelocks and he loves The Dead. He does not see an inconsistency between these two identities. Rather, he thinks of Judaism and music as complementary and often coalescing tools and methods for communication (blah blah blah). Rav, who has taught Jewish Philosophy and Talmud at various Universities, has also toured the country with Gefiltefish, his first stateside band, playing sold-out parking lots before and after Phish shows. He does not play klezmer, although he does make the odd Maimonidean joke. He thinks of himself as a Rock Star.

ERIC SCHWARTZ aka Smooth-E is a real blockbuster talent (with) inter-generational, cross-cultural appeal. Very physical and very daring, this guy is phenomenalâ€¦he’s going to be huge.â€ (Beverly Hills Outlook)

Defying the boundaries of traditional stand-up, Schwartz’s multimedia appeal has the power to reach beyond the stage and onto traditional and new media. Jews around the world have discovered Smooth-E, as his hits â€œHanukkah Hey Ya!â€ and â€œMatzah!â€ have become holiday classics, with millions of downloads worldwide and airplay on CNN, Fox, NBC and more. Eric Schwartz aka Smooth-E is making noise in comedy, music, television and web and refusing to turn it down.

DJ HANDLER (NYC) a.k.a Erez a.k.a. dj handler is the founder and director of Shemspeed (largest, most diverse Jewish music site), Modular Mood Records (an independent record label), Hip Hop Sulha, Barzilai Productions, and The Sephardic Music Festival. As the brains behind Modular Moods and many of the hyped parties in and around NYC, dj handler defies musical stereotypes. As a multicultural maestro, he spins a mix of Baile Funk and Afro Beat blended with 80’s free style and hip hop, while incorporating Ashkenazic cantorial music and traditional Yemenite melodies. He frequently collaborates with non-electronic musicians, creating textural fusions of live and recorded sound. dj handler’s music, style, and presence get famous US clubs to resemble the craziest festivals abroad

Ultimately, Rothman’s message is unity through music. Her poetry demands thought, and is provocatively accentuated by her genre-crossing style. “We Can Rise” manages to be both fun and compelling. It is infused with Rothman’s dynamic presence, one that shows both promise and determination. Co-sponsored by Oy-hoo Records

ADAM WEINBERG (MIAMI) is a guitarist. He also likes to produce/promote shows. Sometimes, when band members can’t make it due to blizzards, he plays in the shows he sets up. For four years Adam fronted ‘the illtet’ with David Pinzur, Dave Saxon, and Pat Vaillancourt. The group was a well-known staple in St. Louis and Boulder, CO. They played an unmatched form of instrumental rock, cased in electronic sweeps and beeps. The illtet recorded one self titled album, check ‘Op De Hoek’ in the player. After the illtet went separate ways, Adam teamed up with Philv and Jay Lewis to form Shed. The band played for just over a year, but managed to produce ‘Speeds Up Slightly.’ Check ‘Nevele’ in the player.

For the past two years Adam has been writing a slew of solo guitar music. Some of it has been performed with multi-instrumentalist Jeff Lash, in a little power duo called Debaser. Adam’s solo music draws heavily on the finger stylee of Leo Kottke, Tim Sparks, and Bill Lenihan, and as always adds a touch of electronic swells and swoops to tickle your subconscious. Recording for Adam’s upcoming solo CD, tentatively titled “…and on the Seventh Year” was finished in late July, and the album has been very well received. Check out ‘Book of Ruth’ and ‘She Shall She Praised’, two tracks which will be appearing on the upcoming CD. For more info on Adam’s other musical adventures, including show promotion and his 2-year stint in psychological/music research, go to www.adamweinbergdoes.com tell your friends. 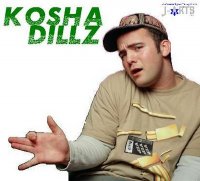 KOSHA DILLZ (NYC) Bringing a street life vision behind the glitz and glamour, Kosha Dillz portays conciousness with a fashion sense, possibly being the only one to keep the Torah flashy with his “Baruch Ha$hemillionaire” stage presence. Educational and hip, he spits personal life stuggles comlpimented by a Zionistic mindstate that draws a cross between Wu tang energy source of the late 90’s and the bop of a Jewish P. Diddy. Whether he raps in Hebrew, Spanish or English, knowledge is sure to be dropped, and the crowd moving beats and unordinary rhyme schemes of this recent college grad/ex-con prove he is following more than just his dreams.

DJ Eric Rosen & 12 Tribes (LA) For the third year in a row, DJ Eric Rosen is back at Jewlicious for the closing out the concert with his live percussion group, 12 Tribes For over 10 years, Eric Rosen has been a staple in the dance music communities of LA and Orange County. Eric’s beats encompass the entire spectrum of dance music ranging from deep house music to baaleric disco, breakbeats, and classic San Francisco acid house. His mixing is flawless and he never drops the same set twice.

Jewlicious Festival is a production of Beach Hillel, Jewish Student Services, and Jewlicious.com