What would your mame say?

Just came across these two articles. Suggestions on what the mame would say will be welcome. 🙂 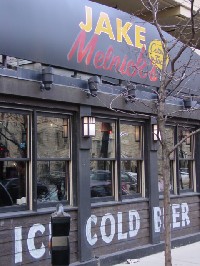 A Chicago tavern said on Thursday it will begin selling chicken wings coated in one of the world’s hottest peppers — a dish so hot that patrons first have to sign a waiver agreeing not to sue for injuries.

Jake Melnick’s Corner Tap said the wings made with Red Savina pepper will be served with an alarm bell for patrons to summon waiters with sour cream, milk sugar and white bread if things get out of hand.

Levy Restaurants, which owns the tavern, said its chef d’Cuisine Robin Rosenberg had been working on the concept for years but was never sure he’d be able to serve it. [Full article]

Makes me wonder whether there’s a loophole for mixing milchig and fleishig if the milchige dish serves as a way to relieve the pain of the fleishige dish. 🙂
And:

The home of Mickey Mouse, Tigger and Tinkerbell has banned kids from its fanciest restaurant.

“We want to be the restaurant that’s available for that adult experience,” said general manager Israel Perez. [Full article]