Bring Gilad Shalit Home! (but do not ignore the cost) 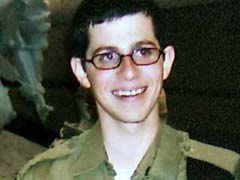 847 days have passed since Gilad Shalit was abducted by Hamas-men in Gaza. The Israeli government has a policy that it does not leave soldiers in the field. In fact, the government is known to, and is expected to do, everything and anything to ensure the return of a soldier, dead or alive. This is what allows a mother to send her son to the front line. She knows that no matter what, her son will come home. But recently, people have begun to wonder, at what cost?

On July 16, the bodies of Ehud Goldwasser and Eldad Regev were returned to Israel, in exchange for 4 Hizbollah terrorists, and Palestinian Liberation Front terrorist Samir Kuntar. The two soldiers, who were believed to be alive, even until the last moment, were returned in coffins in exchange for 5 individuals who had worked before to destroy the State of Israel and will do so again.

Gilad Shalit is still in Gaza. It has been over two years, and the number of protests to get the government to bring him home are increasing. Defense Minister Barak has argued that protests such as these will only show Hamas that they can demand more and that Israel will eventually cave. Noam Shalit, Gilad’s father, has retorted that the government has had two years without protests, and that it is time for action to be taken. In truth, this boy has been gone for far too long, without friends, without family, without his unit, all alone, save for the presence of his captors. Gilad must be brought home.

The government will probably have to make many concessions to secure Shalit’s release, including the release of prisoners and known terrorists, the opening of some border-crossings, allowing certain supplies to enter into Gaza, et al. Without question, it is the government’s responsibility, in toto, to ensure that its soldiers, those fighting for the very existence of the State of Israel, be returned back to their land, their people, and their mothers. However, one should undoubtedly also wonder what consequences will unfold from such actions. Israel has acted by making concessions and giving in to the demands of Hizbollah and Hamas. Will such actions not serve as to set a dangerous precedent for terrorists? Will they not now be more inclined that before to kid-nab our soldiers? To ignore this question would be folly and a stregic mistake. For now they know, with utter certainty that Israel, as a moral nation which loves herÂ people and values life, is willing to pay any cost to bring her children home.