Everyone loves the shuk. Help feed its poor residents! 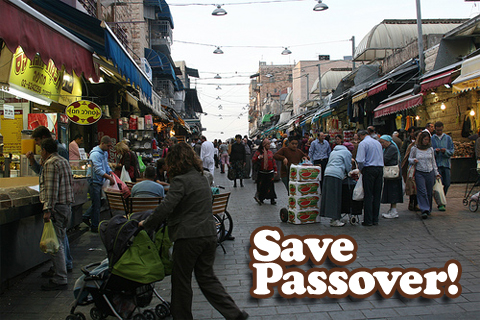 As many of you know, I live in Jerusalem close (very close) to the central market. My neighborhood is very eclectic and includes artists, students, young families, migrant workers and lower income households. I live a block away from both a soup kitchen AND a high end wine shop. This co-mingling of very different people is what makes the neighborhood so interesting. It helps explain why the market aka the Shuk aka Machaneh Yehuda is such an interesting place to visit in Jerusalem. Fridays are especially busy when folks from every socio-economic background run around preparing for the Sabbath, shoulder to shoulder with camera packing tourists and Taglit Birthright Israel participants. The mass of humanity is both colorful and touching.

However, many in the neighborhood live here not out of some love of fresh produce. Nor are they attracted to the colorful character of the neighborhood. The market is loud and boisterous and many of the buildings are in a state of advanced disrepair. Consequently, the rents are often cheap and many of Jerusalem’s most impoverished citizens live here.

Passover is a really sucky time to be poor. I’ve already given certain families whatever I could to help them get through the holiday with food on their tables. I use whatever cunning and guile I can to help for these are proud people not comfortable with handouts. For instance, an organization was in the news yesterday because they sold Matza’s for 1 shekel (25 cents) a package. There was quite a mob scene and of course I wasn’t there. But I bought a bunch of Matza and gave it to a few families. I told them I got it for a shekel and that I bought way more than I could possibly use. They were doing me a favor taking it off my hands.

In any case, I’d like to help out more and I’d like to give the Jewlicious “Family” the opportunity to help as well. Jerusalem’s existing facilities are straining to meet the demand caused by the double whammy of a rapidly deteriorating economy and hobbled Jewish philanthropies. Feel free to use the donate button below to donate any sum of money to this cause. I will use it to buy more Matza and otherwise help the people in the neighborhood that I know need it. No donation is too small! Help make Passover a little more pleasant for the people that make this awesome Jerusalem neighborhood so interesting. Thanks!