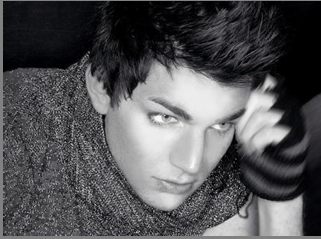 This is based on news articles and I have not seen any of this show, I really can’t stand Idol.

As Danielle Berrin wrote this AM in the Jewish Journal:

here’s Lambert, 27, the avant-garde rocker from San Diego with clear-eyed ambition for Hollywood fame; and Allen, 23, an evangelical Christian from Arkansas who plays acoustic guitar and does missionary work….Lambert is the dark knight. Allen, by contrast, is clean-cut and pristine looking. He wears tshirts and jeans, sings sweetly and leads worship services at New Life Church back home.

In other words it was a real American rocker vs. a gay Jewish guy that loves musicals.

But CNN was stunned:

Lambert, a 27-year-old former understudy in the touring production of “Wicked,” was heavily favored as the frontrunner throughout Season Eight.

Here is a little Lambert doing the Jewish thing. Both will have huge careers. Maybe Lambert will do Jewlicious Festival?