By James Kirchick
Originally published by the Forward 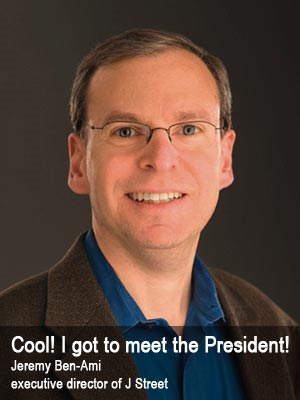 When the self-described â€œpro-Israel, pro-peaceâ€ group J Street was founded over a year ago, many in the Jewish community predicted that it would have little to no influence in the shaping of American foreign policy. While American Jews are indeed overwhelmingly left-of-center in their political orientation, they also happen to hold rather hawkish views on Israel. A 2007 American Jewish Committee survey found that the overwhelming majority of American Jews believes that Israel â€œcannot achieve peace with a Hamas-led, Palestinian governmentâ€ and that â€œthe goal of the Arabs is not the return of occupied territories but rather the destruction of Israelâ€ â€” views sharply at odds with J Street’s support for engagement with Hamas and its tendency to accuse Israel of hindering the peace process.

J Street’s moral relativism was on full display in its reaction to last year’s Operation Cast Lead. None other than Rabbi Eric Yoffie, head of the Reform movement and one of America’s most prominent liberal Jewish leaders, admonished the organization in these very pages, describing its denunciation of Israel’s military operation against Hamas as â€œvery wrongâ€ and â€œdeeply distressing.â€ Despite its claims, J Street does not represent mainstream Jewish opinion in this country, let alone in Israel, where the Jewish population was nearly unanimous in its support for Cast Lead. Yet notwithstanding the Jewish community’s rejection of J Street’s vision, the organization seems to have garnered the support of the most important constituency of all: the Obama administration.

Read the rest of this piece in the Forward.