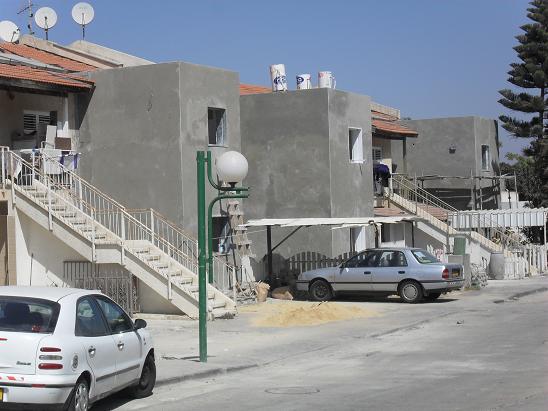 Although the third Hamas-Israel cease-fire is still in effect, Sderot schoolchildren began the 2009 school year both excited and apprehensive.

“I was scared but not surprised,” says Rotem, a 16-year-old Sderot student beginning eleventh grade at a local Sderot high school. “We know that the rocket attacks will begin again and I don’t think that anyone here really believes that the quiet will last. We’ve lived here [in Sderot] long enough to know that,” she told Sderot Media Center.

Dina Huri, principal of a Sderot elementary school, made sure the new school year would offer everything to her first to sixth grade students, including upgraded school shelters against future rocket attacks.

“During the summer, I had the three school bomb shelters made ‘kid-friendly,'” she said. Huri had the shelter painted in bright colors, and installed rugs so the children would feel more comfortable. She doesn’t remember the exact date the shelters were first installed – “they’ve been around for a while” – but said the original concrete grey slabs made children feel more imprisoned.

“Last year, every time the siren blared, the students had to run into these concrete structures, wondering when they could leave. Now these shelters are places that the students want to play in,” she said.

In any case, Sderot residents had another reason to expect rocket fire on the opening day of this school year.

Two years ago, 10 Qassam rockets fell in and around Sderot, throughout the first week of the September 2007 school year. One rocket landed between a Sderot daycare center and elementary school, resulting in 12 kindergarten-age children being hospitalized for shock at Ashkelon’s Barzilai hospital.

The Iranian-backed Palestinian Islamic Jihad claimed responsibility for that attack, proclaiming it “a present for the start of the new school year,” on its Web site.

In recent days, Palestinian terror groups have increased terror activities, with mortar and Kassam rockets being fired towards Israel for three straight days. On Saturday morning, August 29, a rocket exploded in the western Negev, and on August 24, an Israeli soldier was injured by a mortar fired from Gaza.

Two weeks before, on August 10, two mortar rockets were fired at the Erez Crossing, just yards away from ambulances transferring a Palestinian heart patient to Israel, according to The Jerusalem Post. Palestinians suffering from illness cross into Israel for treatment almost daily via the Erez Crossing, the major crossing point for Palestinians entering Israel.

Dina Huri says that she and her staff continue to pray for a quiet year for everyone. “Today our students sent balloons up into the air with Jewish New Year messages calling for a peaceful year – for all of us in this region and the rest of Israel.”