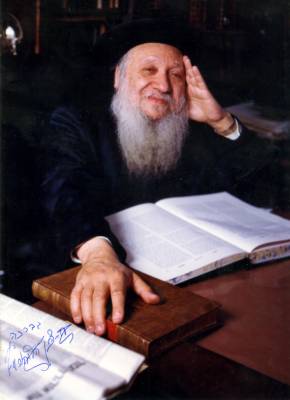 The Jewish world has lost a spiritual giant, the Bostoner Rebbe, Rabbi Levi Yitzchak Horowitz, who passed away on Shabbos at the age of 88.

I had a chance to meet the Bostoner Rebbe when I lived in Jerusalem, and was inspired by his amazing spirit. His approach to Jewish life was completely non-judgmental, based in joy and helping others. Davening with him at his Boston Beis Midrash on Shabbos in Har Nof was always memorable.

The Rebbe worked tirelessly to connect sick people with medical specialists and experts around the world, making connections between doctors and patients to ensure that they found the best care possible.

The only serious obituary I found on Yeshivanet:
From the Religious News

There is a wonderful book of stories compiled together with the parsha:The Bostoner: Stories and Recollections from the Colorful Chassidic Court of the Bostoner Rebbe, Rabbi Levi L. Horowitz