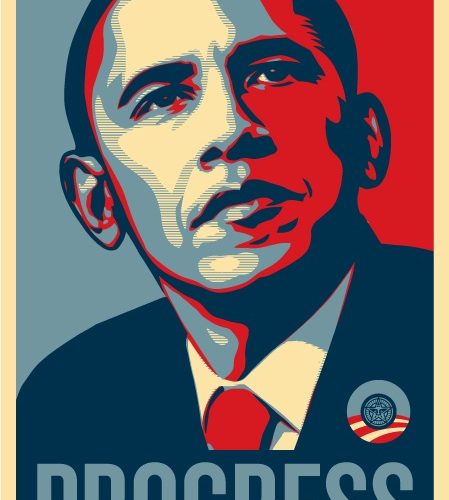 President Obama’s attitude toward Jerusalem betrays a fundamental misunderstanding of the history of the city, argues Mort Zuckerman in the WSJ.

Thanks to a deadlock engineered by the U.S. government, the Middle East peace process is stalled. President Obama began this stalemate last year when he called for a settlement freeze, and he escalates it now with a major change of American policy regarding Jerusalem.

The president seeks to prohibit Israel from any construction in its capital, in particular in a Jewish suburb of East Jerusalem called Ramat Shlomo. This, despite the fact that all former administrations have unequivocally understood that the area in question would remain part of Israel under any final peace agreement. Objecting to any building in this East Jerusalem neighborhood is tantamount to getting the Israelis to agree to the division of Jerusalem before final status talks with the Palestinians even begin.

From the start of his presidency, Mr. Obama has undermined Israel’s confidence in U.S. support. He uses the same termâ€””settlements”â€”to describe massive neighborhoods that are home to tens of thousands of Jews and illegal outposts of a few families. His ambiguous use of this loaded word raises the question for Israelis about whether this administration really understands the issue.

It certainly sends signals to the Palestinians. The Palestinian Authority followed the president’s lead and refused to proceed with planned talks until Israel stops all so-called settlement activities, including in East Jerusalem.

President Obama’s attitude toward Jerusalem betrays a fundamental misunderstanding of the history of the city. After Israel was recognized as a new state in 1948, it was immediately attacked by the combined armies of Egypt, Jordan, Syria, Lebanon, Saudi Arabia and Iraq. The attacks were repelled, but the Jordanians, who were asked not to join the Egyptian war effort, conquered East Jerusalem and separated it from its western half. In 1967, the Arab armies again sought to destroy Israel, but it prevailed in the famous Six Day War and reconquered East Jerusalem, the West Bank, the Sinai Peninsula and the Gaza Strip.

Under Jordanian rule, from 1948 to 1967, dozens of synagogues were destroyed or vandalized. The ancient Jewish cemetery on the Mount of Olives was desecrated, its tombstones used for the construction of roads and Jordanian army latrines. The rights of Christians as well as Jews were abused, with some churches converted into mosques.

When Israel captured the eastern part of Jerusalem in 1967 it built, and has since continued to build, neighborhoods for its Jewish residents. Palestinian Arabs have also built in Jerusalem throughout this period. Incidentally, today there is more new Arab housing (legal and illegal) being built than Jewish housing according to a report by Middle East expert Tom Grossâ€”without any criticism from the Obama administration.

But this is all recent history: Israel’s claim over Jerusalem does not spring from 1948 or 1967. Rather, it signifies the revival of historic rights stemming from biblical times.

Jerusalem is not just another piece of territory on a political chessboard: It is integral to the identity and faith of the Jewish people. Since the city was founded by King David some 3,500 years ago, Jews have lived there, worked there, and prayed there. During the First and Second Temple periods, Jews from across the kingdom would travel to Jerusalem three times a year for the Jewish holy days, until the Roman Empire destroyed the Second Temple in 70 A.D. That ended Jewish sovereignty over Jerusalem for the next 2,000 years, but the Jews never relinquished their bond.

Jerusalem is much less embedded in Muslim culture. When Muslims pray, they face Mecca, not Jerusalem. The Old Testament mentions Jerusalem, or its alternative name Zion, a total of 457 times. The Koran does not mention Jerusalem once. Muhammad, who founded Islam in 622 A.D., was born and raised in what is now Saudi Arabia; he never set foot in Jerusalem. And in the 1,300 years that various Islamic dynasties ruled Jerusalem, not one Islamic dynasty ever made the city its capital. Indeed, even the National Covenant of the PLO, written in 1964, never mentions Jerusalem. It was only added after Israel regained control of the city in 1967.

The reality today is that in the area referred to as East Jerusalemâ€” that is, an area north, south and east of the city’s 1967 bordersâ€”there are roughly a half a million Jews and Arabs living in intertwined neighborhoods. The idea of a purely Jewish West Jerusalem or a purely Palestinian East Jerusalem is a myth: Building in particular neighborhoods in no way precludes the possibility of a two-state solution.

Ramat Shlomo, the center of the most recent row, is a thriving community of over 100,000 Jews located between two larger Jewish communities called Ramat and French Hill. Its growth would in no way interfere with the contiguity of new Arab neighborhoods in East Jerusalem. And in every peace agreement that has ever been discussed, these areas would remain a part of Israel.

No wonder the Israelis reacted so strongly when Mr. Obama called this neighborhood “a settlement.” For over 43 years, there has been a tacit agreement that construction here did not constitute an obstacle to negotiations. Thus, the new policy was seen as an Obama administration effort to force Israel to accept the division of Jerusalem, taking yet another negotiating card off the table for the Israelis.

But what the world never remembers is what the Israelis can never forget. When Jordan controlled the eastern part of the city, including the Old City and the Western Wall (a retaining wall of the ancient Temple), it permitted reasonably free access to Christian holy places. But the Jews were denied any access to the Jewish holy places. This was a fundamental departure from the tradition of freedom of religious worship in the holy land, which had evolved over centuries, not to speak of a violation of the undertaking given by Jordan in the Armistice Agreement concluded with Israel in 1949. Nobody should expect the Jews to risk that again.

Since Israel reunited Jerusalem in 1967, it has faithfully protected the rights and security of Christians, Muslims and Jews. Christians now control the Ten Stations of the Cross; Muslims control the Dome of the Rock. Yet the Palestinians often stone Jewish civilians praying at the Western Wall below. Their leaders and imams repeatedly deny the Jewish connection to Jewish holy sites. Freedom of religion in Jerusalem should not be compromised by American policy.

That’s not all. Dividing Jerusalem would put Palestinian forces and rockets a few miles from Israel’s Parliament. And Jewish neighborhoods would be within range of light weapon and machine-gun fire. This is exactly what happened after the Oslo Accords, when the Palestinians fired from Beit Jalla toward Jerusalem’s Gilo neighborhood, wounding scores of residents.

The vast majority of Israelis believe Jerusalem must be sharedâ€”not divided. Even the great Israeli leader Yitzhak Rabin, who signed the Oslo Accords, said in 1995: “There are not two Jerusalems; there is only one Jerusalem.”

The final status of Jerusalem will be on the table if and when Palestinians and Israelis talk. But Mr. Obama’s policy reversal has, yet again, given the Palestinians every reason not to negotiate.

Mr. Zuckerman is chairman and editor in chief of U.S. News & World Report.