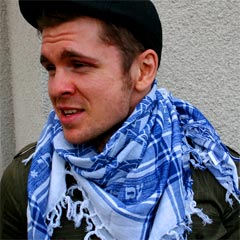 Foreman will then jet back to Brooklyn to resume training for his first title defense, against three-time world champion and the pride or Puerto Rico Miguel Cotto. Cotto vs. Foreman will headline â€œStadium Slugfestâ€ â€” the inaugural brawl at Yankee Stadium, Saturday, June 5. It will be televised live on HBO World Championship Boxing, beginning at 10:15 p.m. ET / 7:15 p.m. PT.

Here is Yuri at Jewlicious: