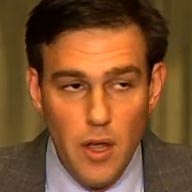 It’s time we changed the conversation, like Bret Stephens does in this great clip. (HT: Elie Klein.) While I am proud to be part of such a complex tribe, sometimes our messages are so diverse, and so multifaceted, that it is hard to garner support on a broad scale. Stephens does a good job of bucking this trend.

He puts forthÂ something simple I think folks of all stripes and streams can get behind: Let us begin to hold EVERYBODY â€“West, Middle East, Israel, Islam â€“ up to the same standards. It’s time everybody was held accountable, and held themselves responsible, for human rights in their own countries.

I have been trying for years (unsuccessfully) to wrap my mind around the notion that the people who proclaim to care the most about liberty / tolerance / moderation / peacefulness when it comes to the West are those most likely to accept third world and Islamic extremist brutality and warmongering, as if to shrug and say, “Well, gosh, you knowâ€¦.that’s just their way, those crazy folks.”

This pervasive condescending thesis – that behavior we would never accept in ourselves is OK for another kind of people – is, as Stephens points out, completely ludicrous. If all people are created equal, why do we demand responsibility from some and not from others?

But this question, like so many others, is taken as a lack of empathy, as conservatism, instead of what it really is: truly egalitarian thinking.