Get the Hell Out of…My Face 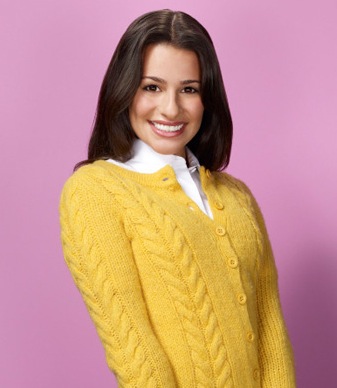 Here’s the thing. I’ve been thinking about poor Helen Thomas, who IÂ believe was probably just saying what everyone thinks and has therefore been made a scapegoat. Not that I really care, because we ought to share the scapegoat status once in a while. It’s the least we can do to dispel the stereotype that we are stingy, us irritating Jews.

Irritating enough, apparently – like the too-talented and bossy fame-hog Rachel Berry (Lea Michele) on Fox’s Glee – in our discovery of the written word, monotheism, modern physics, psychology, vaccinations, and the film industry, that every country that has ever “hosted” us has found it necessary to tell us to get the hell out, like Thomas did. (Ironically, the aforementioned Jewish character Rachel, in a particularly annoying moment in one episode, was told by classmates to move to Israel. I doubt the writers coordinated this telling joke â€“ Jews do equal Israel in the eyes of the world, sorry J Street -Â with the State Department.)

Anywho. Helen, you know why we were in Germany and much of Eastern Europe in the first place? (And by the way, if I follow your advice, do you think the nice old ladies who got my grandmothers’ large houses and farms from the Nazis in what was once Czechoslovakia will kick the property back two generations? That would be cool because I’d love a vineyard and an agricultural estate.)

â€¦We were in Germany and Hungary and Czechoslovakia and Russia (where we were regularly just plain killed by Cossacks), and also, for many centuries, Poland (ditto), cuz we were told to get the hell out of England, France, and Spain. (Or, you know, just plain killed by handsome and heroic fairytale knights.)

And you know why we were in Western Europe to begin with? Cuz we were told by the Greeks and the Romans â€“ wait for it â€“ to get the hell out of “Palestine,” where we had been living since the beginning of recorded history.

We also ended up in Babylonia (Iraq) and other Middle Eastern and North African countries, where we stayed as second class citizens for hundreds and hundreds of years, till the Arab world finally caught up with the pagans and the Christians in their hatred of the Jews. Amazing how the student has now far surpassed the teacher. But I digress.

(By the way, I am aware that the Arab narrative has us Ashkenazi Jews as descendants of the Khazars, but the actual facts have it different. See this new DNA study linking European Jews with their Middle Eastern counterparts, all stemming from one original population of Holy Land Jews predating Roman times. Never mind our own texts that say the same thing; I know they are inadmissible in the international courts of the mind.)

Â In any event, there is no way around it: Jews being asked (usually not by old ladies on the White House lawn) to get the hell out of anywhere and everywhere is just the way it goes.

So it came to pass that about 200 years BCE the Macabees got sick of it and established a Jewish state in Palestine, within the Roman Empire, which lasted till about the time of Jesus (another Pesky Jew) and the destruction of the Second Temple.

And it also came to pass that Jewish settlers began arriving in Ottoman Palestine in the late 1800’s, after the Russians and the Poles made it clear that Jews were persona non grata in Eastern Europe. Palestine was as good a place as any to escape to, since it was the last place, about 2000 years before, that the Jews had a sovereign state (see above). Never mind Jewish liturgy and texts pining for Jerusalem, since I know these, too, are inadmissible in the international courts of the mind.

Anyway, nowhere else wanted European Jews any more than Russia did, not even America really, where there were very strict quotas, although the Americans, again politely, refrained from all the messy European killing, which was apparently in vogue until after Hitler. Besides, those Ottoman Turks, as now, were known around the world for their amazing human rights activism and the Jews were excited to see it first hand. (No, not really. But anywayâ€¦they were better than the Polish peasants. Unless you were Armenian.)

It is true that there were people in Palestine before the Jews arrived en masse (for there was always a handful of Jews that remained hereâ€¦.), not *A People*, but rather a group of assorted regional Arabs (think Native American tribes in North Americaâ€¦who by the way were treated much worse by the Colonialistsâ€¦) who had settled the area with not much agricultural success and had endured various rulers over the millennia.

But when the *Jews* came back, it was suddenly necessary, once again, to tell them to get the hell out. There was no living side by side, even though that was an express Jewish desire right up until 1947/8, when the Partition Plan was summarily rejected by the Arab League, who started the war that Israel won. If keeping land you win in a war others provoke (when you wanted to make peace) is called occupation, Helen, the world’s axis of furious justice has a lot bigger fish to fry than shitty little Israel.

The Arab desire to kick the Jews the hell out of Palestine did not begin in 1967, and not in 1948. It began the moment the initial groups of Jews arrived and started to make the land flower and produce crops. That’s when the attacks on Jews began, and when the Arab world decided a new Jewish presence in the land would not do, back when there were about half a million Arabs and just under 100,000 Jews in the Holy Land, in the early 1900’s. 20% was too much, apparently, to bear. (The Hebron Massacre of 1929, where marauding Arabs killed nearly 70 Jews and wounded countless others, took place long before a single house was built over the Green Line.) Â I can only imagine how awful it was â€“ probably for both the Arabs and the British – when it became clear we were here to stay and grow to much further percentages. We are that annoying, what with trying to get rid of malaria and tuberculosis and everything.

At any rate, it seems that every time a Jewish minority starts to make a society too successful – so annoying!!!! – the indigenous people start to feel very uncomfortable, and tells them one way or another to get the hell out.

But now, alas, there is nowhere left for us to go, except the eternal place Ahmadinejad wants us to go, and Haniyeh and Nasralla, and Hitler before them, and Chemilniki before him, and Haman before him, and so on. And, I suspect, in her heart of hearts, perhaps Thomas and the likes of her, who, the pesky Jew Freud may have observed, seriously let her slip show.

Let me make it clear: I know that Israel has made mistakes over its 62 years, some clumsy and inept (was there no intelligence regarding the terrorists aboard the Mavi Marmara?!?), and some borderline immoral. But none worse than every other democracy on earth has also done, and most much better than the large majority of the UN rogue nations which condemn Israel daily have doneâ€¦daily. There is MUCH to improve in the way we govern, I will be the first to say it. I will also be the first to say that various Jews of the Bernie Madoff and Greed-is-Good-Goldman-Sachs ilk make me want to crawl under a rock. I know that the world is only waiting for these guys to emerge in order to pin their crimes on all of us, even though everything they do is in direct contradiction of actual Jewish values.

But let’s be honest: the international community’s human rights crusades on behalf of the Palestinians are just the latest Crusades, and the ones who REALLY suffer are not the Jews or the Israelis but the poor occupants of the Third World who are ignored while the enlightened First World castigates the Jewsâ€¦ and yes, of course, the Palestinians, who are kept in misery *by their own leadership* in order to provide the polite Jew haters with a media club to beat them with.

So here’s the thing: We are not going anywhere this time, Helen. We totally get it: Ya’ll pretty much hate us. It’s just the way it is, like a natural law. Nothing we can do â€“ not giving away pieces of Palestine / Israel (witness our evacuation of Gaza in 2005, and handing over the keys to army bases and greenhouses- a new economy! Food for the children! â€“ which were summarily torched as property of the infidels); not donating billions annually to global charity, Â nor discovering a cure for Polio or the Theory of Relativity, or writing revered legal and religious texts, or co-founding Google, or manufacturing the microprocessor in the majority of laptops that spew Jew hatred to the Internet, or founding Christianity itself, or championing women’s rights and gay rights in the US and helping to bring about a *human rights revolution* in America in the 60’s, â€¦None of those things will absolve us of our real sin: Existing and overcoming.

I’m really sorry they told you to get the hell out of the White House, Helen. It really wasn’t your fault that you thought you could say what you said. It’s not like it’s a secret: That’s what people think.

But this time, seriously. Getting the hell out is not in the cards. We’re just sick of moving all the time.

Editorial Note: Despite the expulsion of the Jews after the suppression of the Bar Kochba revolt, there was never a time when Jews did not live in Israel. Also, prior to the Zionist influenced immigrations, there were a number of smaller religiously motivated waves of immigration to Israel.