All Jew need is love

Let the cheesy headline not deter you. I’m trying to make amends for messing with “our SEO” the other day.

I came across an interesting article on Welt Online about the Museum of Libyan Jews in Or Yehuda and the history of Jews of Libyan descent in Israel.
The most surprising aspect in the article by Henryk M. Broder and Norbert Jessen to me was that Gaddafi had not only tried to bribe Libyan Israeli Jews into founding a political party (with obvious intentions) but also had plans for a one-state-solution of his own. The united Israeli-Palestinian state was to be called “Isratin”. Yet who would have thought the old dictator to have had so much benevolence in him?
Imagine it to have looked something like this: 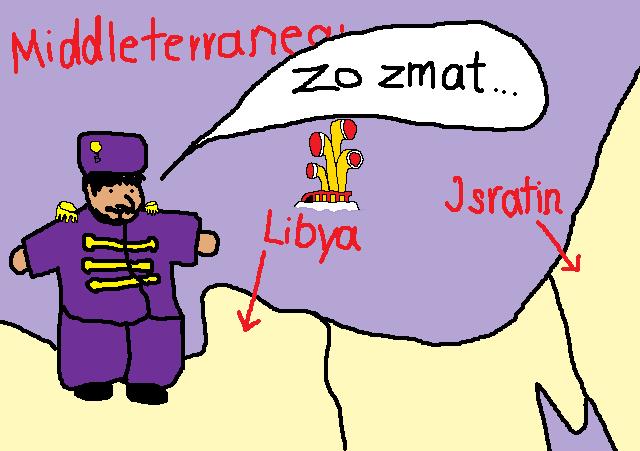