Jewlicious is proud to present Jewnfest: LA Concert Series Vol 1, June 14 and 15th at one of LA’s most beloved music venues, The Mint. Jewnfest brings out the best local and independent artists from the West Coast for an intimate and rocking musical experience that won’t break your bank. Enjoy $2 Asahi premium beers, lots of other great drinks, and tickets start at only $10.

This two-night musical journey is put together by the team behind the award-winning Jewlicious Festival, which started in 2005 promoting independent rising stars with great success. Jewnfest’s first evening will be dedicated to sounds of the rising indie folk-rock revival made huge by Mumford & Sons. The second evening will be a high energy evening of local musical wizards.

Tickets for Jewnfest can be purchased online or at the door, space permitting. Pre-sale tickets are $10 per night,or 2 nights for $15. Doors open at 7pm, with music from 8-11pm each evening. The Mint is located at 6010 W Pico Blvd., Los Angeles, CA 90035. The shows are for adults 18+. Support for Jewnfest comes from The Jewish Community Foundation Los Angeles, Asahi Beer and JConnect.

HYIM’s music is pop/rock world fusion with a twist of urban flavor, and sounds like Coldplay, Sting, Peter Gabriel, Manu Chao and Dave Matthews. His music influences include Bob Marley, Peter Gabriel, Chopin, Bob Dylan, Chris Martin and his Dad. Born in San Francisco and raised in Oakland, CA, HYIM is an acclaimed singer, songwriter, producer, pianist, performer, poet and activist. He is the next generation’s music “fusionisto,” and was called by the San Francisco Chronicle “a formidable talent…spellbinding.” HYIM began playing piano at age three and studied sitar in India, clave in Cuba, and classical guitar in New Zealand. He also studied Turkish rhythms, Persian poetry, and the Torah, and he “blends the rhythms of the world as chariots for his song.” His solo performances command the stage with a major party vibe, and he has performed at numerous charitable events around the world. Currently, he is nominated for the Oakland Soul Award at the 5th Annual Oakland Indie Awards. Sample some tracks and see what all the fuss is about at www.hyimvibe.com.

Lauren Barth is a singer-songwriter, guitarist and multi-instrumentalist currently living and creating out of Oakland, California. The California native performs intimate folk songs, country songs, and tunes in the traditional American style. She is currently playing mandolin, guitar, and singing in a folk-americana quartet called Grandville based out of San Francisco, CA. This lover of Bob Dylan, Gram Parsons, The Grateful Dead and Joni Mitchell can be seen pickin’ tunes from New Orleans to the Big Island of Hawaii.

Klezmer Juice is the real thing – vibrant Yiddish soul combined with youth and musical style. Bringing together some of L.A.’s finest musicians from all walks of life. While many of us associate this music with European immigration to the United States, Jews at the turn of the century were settling all parts of the Americas, and they and their descendents have a rich history in Mexico, Argentina, Brazil, and many other Latin American countries. Klezmer Juice bandleader and clarinet player Gustavo Bulgach was born and raised in one such community in Buenos Aires, Argentina. A part of the large and active Jewish community there, he learned Klezmer music from his family at a young age. Inspired by the religious and secular life of the Argentine community, Bulgach, who now lives in Los Angeles, has traveled around the globe, finding that Klezmer music is the â€œsoundtrack of the Diaspora.â€ Bulgach has managed to forge a new klezmer sound with one ear to tradition and the other locked on the now.

Yael Meyer and her band

Yael Mayer: Yael was born in Santiago de Chile. She left at 19 for music school in Boston, where she recorded her debut album, which was included in Rolling Stone Chile “Top 50 Albums of the Year.” Since then, her popularity has spread like wildfire and her music has been featured in Ralph Lauren runway shows as well as hit TV shows “Private Practice” and “Life Unexpected,” and she was selected by MTV and and Ourstage.com as a “Needle in a Haystack Artist.” Yael plays various instruments both live and on her recordings including only the best melodica, guitar, bass guitar, percussion, accordion, glockenspiel, keyboards, piano, ukulele, and ocarina. Her most recent work “Heartbeat EP” has been described as “a female version of Death Cab for Cutie meets Jack Johnson” (Loud Dreams) and “a balanced new age of folk, independent pop and electronic” (My Crazy Music Blog). Her music is calming, inspiring, and incredibly addicting. Listen for yourself at www.yaelmeyermusic.com. 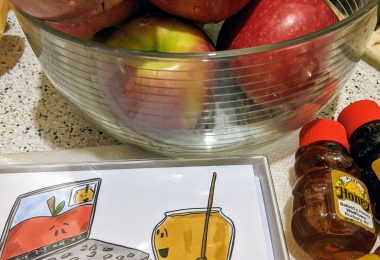 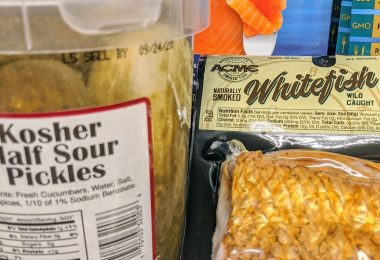