I often ask myself, what would Abraham and Sarah do today?

Where would they set up their tent?

One of the places that I am sure they would be is this weekend, is in Watkins Glen, New York, hanging out with tens of thousands of groupies of the band Phish.

I’ll be helping to lead Shabbat services and hospitality somewhere in the midst of Phish Super Ball IX, one of the summer’s biggest music and camping festivals.

There will be tents of all shades and colors and sizes. Large colorful flags flying in the wind. Streams of people in all manner of costumes and garb, will be winding their way through a maze of cars and canopies, BBQ’s and drum circles, and enough tie-dyes to make the 60’s jealous.

The festival is built around the band Phish, a touring rock band, that can only be compared to the Grateful Dead in terms of the scope of their influence. But you can read about Phish online.

The Shabbat Tent â€” also known as Shabbos Tent to those Ashkenazically inclined â€” was born at Phish’s New Year’s Millennium Show on Big Cyprus Indian Reservation, FL in 2000. Jews from all walks of life participated in the inaugural year, and a tradition was born.

Shabbat Tent’s profile was raised through the roof when MATISYAHU hosted Shabbat Tent at Bonnaroo in Tennassee, and subsequently at Wakarusa in Arkansas, Langerado in Florida, and other festivals. The Shabbat Tent team has also created Shabbat hospitality at Southern California’s premier festival, Coachella, Gathering of the Vibes in the North East and dozens of Phish concerts around the country.

Our Shabbat Tent at Watkins Glenn will provide the overly represented number of Jews at Phish shows a place to celebrate Shabbat in whatever capacity they find meaningful.

We’ll provide a vegan and kosher food for the Friday night dinner for 300 to 500, a Saturday kiddush, a third meal for 200 to 300 people and continuous snacks. There will be a Carlebach-style Kabbalat Shabbat, Torah reading on Saturday and a musical Havdalah.

I will join a dozen other friendly volunteers from around the country â€œthat love music and Judaism,â€ in the words of one volunteer, â€œand want to help make the world a better place.â€ (There are actually more volunteers and willing participants to do this around the country than there are funds to coordinate and sponsor.)

I picture our mission as creating a mobile Abraham & Sarah tent, a place for people to share Shabbat, with food, song, prayer and good vibes as part of the general festival experience.

Unlike Christian missionary tents, buses and installations, our Shabbat Tent is not a place for preaching of religion or Jewish missionary work. Shabbat Tent is also open to anyone, without regard for religion, ethnicity, or background, who wish to spend time in the tent.

Then there is the obvious question: Why are so many Jews seem drawn to festival-friendly music and Phish in particular?

My research shows that Jews are drawn to transcendent collective experiences. Really, it makes sense because our collective Jewish consciousness began 3,500 years ago in the Sinai desert â€” at a camping festival â€”and it’s continued throughout our history.

The three major Jewish festivals â€” Passover, Shavuot, and Sukkot â€” were times of mass pilgrimage, camping, and music too. So it’s not surprising that we are drawn to these festivals in great numbers, because it is a part of being Jewish to want to connect and transcend our individuality with others.

Jewlicious, the organization that I direct, started a Jewish camping and music festival last summer called Camp Jewlicious at Brandeis Bardin. The aim of Camp Jewlicious is not unlike other festivals, and we will be hosting hundreds of people in bunks, tents, and cottages throughout the Brandeis campus for four days of music, outdoor activities, and camp fun. Our goal is to create the biggest Jewish music and camping festival in America. Israelis have many such festivals, Bombamella being the biggest with 20,000 or more people annually.

If you are interested in more of the history and philosophy and logistics of our Shabbat Tent, check out a great article about this year’s Shabbat Tent at Phish Festival published by Josh Fleet in The Jewish Week.

Stay tuned for another update soon. 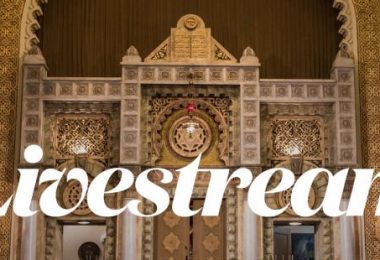 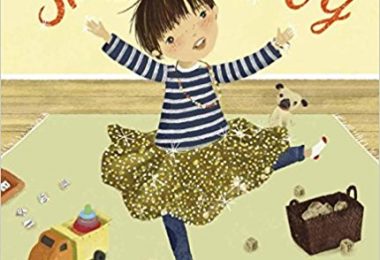 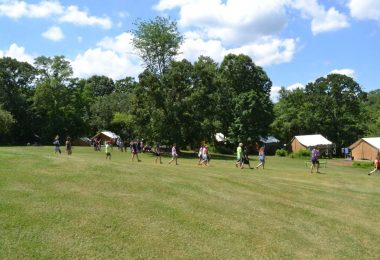