Deborah surrounded by her attorneys

As July nears, so do the Summer Jewish blockbusters. They include:

The 31 Annual San Francisco Jewish Film Festival ( July 21- August 8th ) will honor Kirk Douglas this Summer. This is also Peter L. Stein’s eighth and last fest before he leaves as the festival’s executive director. Interested in being the new executive director? Click here. Douglas will be honored on Sunday, July 24, before a screening of his classic, Spartacus. The festival will also include panels on Jews in Toons: An Uproarious Evening With Krusty, Kyle and Other Favoriteson Monday, July 25, with insights from a writer-producer of The Simpsons, Mike Reiss. Films at the festival include “Between Two Worlds,” a controversial personal essay and exploration of the ideological fissures running through contemporary Jewish life; “Bobby Fischer Against the World,” about the life and death of Bobby Fischer; and “The Hangman,” a documentary short on Shalom Nagar, a Yemeni Jew living in Israel who was a prison guard and eventual executioner of Adolf Eichmann. A collection of eight films will comprise the festival’s “Spotlight on Poland and the Jews.” 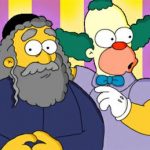 The Washington DC Jewish Film Festival Summer film series, will include “Coffee – Between Reality and Imagination,” a documentary by Israeli and Palestinian filmmakers from Tel Aviv University on the theme of coffee.

But so far, my fave is CRIME AFTER CRIME, a documentary that will screen in various cities in including Manhattan and San Francisco in July. There are films that leave you happy for a moment, or sad for an evening; and sometimes you find a film that enlightens or changes your perceptions. But it is rare for a film to change the way you pray. Yet, for me, the Sundance selection, CRIME AFTER CRIME, has done just that: changed the way I will pray.

CRIME AFTER CRIME, a documentary film by Yoav Potash, is about the legal case of Deborah Peagler, a Los Angeles woman who was sentenced to 25 years-to-life for her connection to the murder of the man who abused her for over six years. The case is barely known outside of Los Angeles and several Christian churches.

Deborah Peagler’s boyfriend forced her to prostitute herself from the ages of 15 to 21, until she was able to escape him by moving away with her two children, or so she thought.

It was the early 1980s, a time when services for abused women and shelters were just being created and discussed publicly. It was a time when the history of abuse was not considered admissible information in the legal system. Peagler had the misfortune to be prosecuted by a special unit of the Los Angeles County DA’s office, a unit that had a 100% rate of convictions.

Potash follows two Bay Area attorneys who decide to take her case, pro bono, in an attempt to free her from prison. When the film opens, Peagler has been incarcerated for two decades for a crime that today would possibly receive a sentence of six years. Her lawyers, a pair of land-use real estate attorneys with no experience in criminal litigations or appeals, hope that a California law allowing domestic-violence survivors to reopen their cases will help Deborah find freedom.

In a startling statistic, the filmmaker explains that 80% of imprisoned women in America are survivors of domestic violence â€” victims of rape, incest, forced prostitution, and other exploitation. When Peaglar was sentenced there were fewer than 20,000 female inmates in the US. In the two and half decades since then, this value has grown to 120,000.

In the film, Deborah is an inmate at the Central California Women’s Facility in Chowchilla, CA. She is an infectiously positive, spiritual leader in her prison, the prison electronics factory, and in the prison gospel choir. Her two lawyers also take center stage. One lawyer, is a toned runner of ultra marathons, Nadia Costa. The other lawyer is the not-so-toned Joshua Safran, a kippah-wearing, Orthodox Jew. A proud new father, Safran explains that each day, during his morning prayers, he recites the â€œmatir asurimâ€ prayer, a blessing that praises God, who releases the â€œimprisoned captive.â€

Taking on Peagler’s case, in Safran’s view, is a mitzvah; the actualization and essence of his religious beliefs; and the reason for pursuing a career in law. He hopes that, one day, he can show his daughter how he helped to free someone from prison. Perhaps his daughter will remember how her father sought justice for the imprisoned and not only zoning easements for property developers.

Personally, I can never recite the â€œmatir asurimâ€ prayer the same way again.

So that the audience doesn’t think that domestic abuse resides only in South Central among the economically disadvantaged, Potash adds some personal testimonies from Attorneys Costa and Safran. Costa was quietly abused in her youth in affluent suburbs, and Safran recalls how his step-father abused Safran’s mother. Safran’s recollections from age nine continue to generate feelings of pain, guilt, shame, anger, and helplessness.

Some shots of blossoming flowers near the prison gates or coils of barbed wire might seem contrived, but the Kafkaesque bureaucracy, politics, and judicial corruption are the critical images one will recall. The film directly accuses the Los Angeles County District Attorney’s office of wrongdoing and portrays its leadership, Steve Cooley, Curtis Hazell, and Lael Rubin, poorly.

At first, Potash was not interested in the Deborah Paegler case. A lifelong friend of Attorney Safran, Potash was the best man at Safran’s wedding. In conversations, in late 2002, Safran occasionally mentioned the case he was working on. Potash found the story too complex for a film; and Paegler was not wholly innocent.

But as Potash learned more, he decided to meet Paeglar and film her for a few hours, if the prison system would grant him permission. Obtaining permission was not easy, but after six hours of shooting, Potash was hooked, and committed himself to telling Deborah’s story. At the time, however, he had no idea that the legal case would take nearly six more years to achieve a point close to resolution.

I wish I could tell you more about the film, but to share anything more would be a disservice to the thrill and pain of viewing the film.

One item that I can tell you â€“ it is not in the film â€“ is that both attorneys essentially lost their positions at their firm, because they spent too much time and too many years on the case, and not on the revenue-generating cases that lead to firm partnerships. Fortunately, Safran, now with three children, was hired by one of his clients who was enamored of his efforts on the case. As Safran said after a screening I attended, of all the pro bono cases he could have been assigned, it was the hand of Hashem that miraculously brought him together with Deborah’s case.

* PS: Speaking about calling Oprah…, OWN, the Oprah Winfrey Network, purchased the North American rights to the documentary.