Jewlicious Summer Reads 2: Once a Mossadnik, always a… 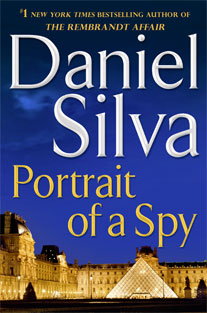 A best selling Summer Jewish read is PORTRAIT OF A SPY, a suspense novel by Daniel Silva (July 2011, Harper) featuring Gabriel Allon, an artist and a retired Mossad operative and assassin. The book opens in a small village in Cornwall, the UK. An older gentleman and his beautiful wife have taken a cottage. They have paid in full for a year, making the arrangements using an attorney in Germany. The villagers snoop around and wonder who he is, and are content to discover that he is a very private artist. Sure, there is one villager who thinks that perhaps the new neighbor is a famous spy, but what does he know?

The new neighbor IS a spy, a retired one. It is Gabriel Allon. He is working in Cornwall, restoring a painting by an old master. His Italian wife, Chiara, (actually descended from Spanish Jews) knows her art history quite well. Ari Shamron, Allon’s handler, a realistic, Polish-born, builder of Zion who kidnapped Eichmann in Argentina, is in Israel near Tiberias and far from Cornwall. Instead, Allon and his wife work for a proper London art dealer (and secret, former Mossad-helper) named Isherwood (name changed decades ago after “Isherwood’s” family fled Nazi Europe). 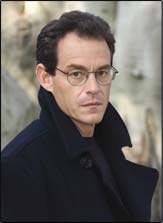 Silva, the author, explains in an opening chapter how Muslims in Europe are changing the character of many cities and their poorer suburbs. One nice morning, after a year in Cornwall, Allon and his wife take a drive into London to see Isherwood in St James and gaze at his newly acquired, potentially very valuable painting. It needs a lot of restoration.

The morning radio news tells of suicide bombers in two European cities: Paris and Copenhagen. Might London be next? Taking a stroll through Covent Garden, Allon, who carries a concealed licensed gun, eyes a mumbling man who is most likely a suicide bomber. He fts the profile. Is he a bomber or is Allon paranoid? Is there a pattern to when the bombs detonated? Can this man, if real, be stopped? Is Allon authorized to stop him? From this moment on, PORTRAIT OF A SPY, is a a nonstop thrill to read.

Haunted by the terror incidents of the day, Allon heads back to his Cornwall cottage until his presence his requested in Washington. Though retired, his help is needed, A former CIA “asset,” an American-born Muslim cleric in Yemen is the mastermind behind the new terror attacks. To destroy this man and his plans, Allon will have to team up with an old enemy with a history of much blood. Will it work?

A great Summer read. And after Oslo, it takes on a whole new feeling. The manuscript was due the week that Osama Bin Laden was killed by US forces, so the author had to perform a quick rewrite in a section. Israel’s special forves (Sayeret) and the “Arab Spring” play a role in the thriller as well. Silva based “Portrait of a Spy,” his fourteenth book and his eleventh to feature Gabriel Allon, on a an art auction he attended at Christie’s in New York, and a line of Elie Wiesel’s, that â€œOne person of integrity can make a difference, a difference between life and death.â€ And if you think that person is Allon, you are wrong. That person is actually referring to a reclusive heiress and art collector who ….